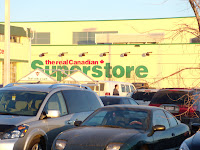 Recently I waited in the car with the pups as my husband went into the grocery store. I enjoyed the opportunity to sit quietly and observe people coming and going.

There was one older woman who caught my attention as she pushed her grocery cart toward her car. She walked slowly, taking her time, each step seeming to require some thought. I wondered if she was in pain of some sort.

I lost sight of her for a time, but caught a glimpse of her again as she pushed her cart back to the cart-collection area. Again, I was struck with the slowness of her pace and the care she took with each step. I appreciated the fact that if she truly was in pain as her gait seemed to suggest, she was still willing to return the cart and not leave it in front of her car as I had seen others do.

After returning to her car in the same unhurried fashion she prepared for departure. Slowly she reached back to get her seat belt, and as she pulled it to the front to fasten it I could tell that there was something on her mind. Once buckled in, she reached into a compartment toward the top of the window and retrieved some sun glasses. Slowly and deliberately she removed the glasses she wore and replaced them with the sun glasses.

Not happy with her vision from the sun glasses, she removed them. I saw her reaching toward the passenger seat and assumed that she was rummaging through her purse. Having retrieved a tissue, she slowly began to wipe the glasses, periodically putting a lens into her mouth where she could breath on it, and then wipe some more. After wiping for a time she would hold the glasses up to the light. Eventually, satisfied that the glasses were cleaned, she started her car and began to back out of her parking space.

I hadn’t watched her for more than a few minutes, yet I felt myself calm down as I vicariously experienced her lack of stress and lack of concern with time or schedule.

I look forward to the day when a trip to the grocery store is like that for me.