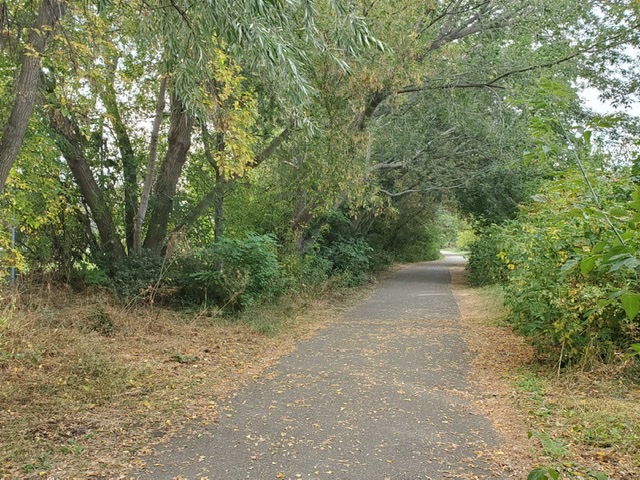 A woman, with an awkward gait that makes me think every step she takes is wrought with pain, carries a long rectangular canvas bag across the grass. She stops when she gets to the edge, wrestles a contraption our of the bag, and transforms it into a chair which she turns away from the park and toward the water. Shrugging out of her lightweight jacket, she drapes it across the back of the chair and sits.

The place, and the manner she has chosen, speak to her intention. I envy the purpose with which she, without words, has claimed what she needs.

Another woman walks across the parking lot in the direction of where the first woman set up and I wonder if she is coming to meet her. It’s what we do now: tote folding camp chairs in the back of our vehicles for socially distanced coffee visits in parks. I wonder how we’ll manage in the winter when gatherings such as these become too uncomfortable—or, they will for me.

The second woman unfolds and sets her chair up away from the first. She chooses a spot under a large tree that has just started letting go of crispy yellow leaves and turns her chair toward the parking lot. Welcoming. Inviting. And before much time passes she is joined by another and another and soon there must be a dozen or more women gathered in a circle sharing conversation and sipping from thermoses or store-bought disposable cups filled with their favourite afternoon beverage.

The contrast between the circle of camaraderie and the woman alone is striking.

I almost miss seeing her, but another woman totes a canvas camp chair bag across the grass toward the solitary woman. They greet one another, then the first woman stands and together—awkwardly—they carry their chairs away from the crowd, toward a quieter place out of my line of sight.

Later, when I’m walking, I see the two women—together, alone—with their chairs side by side facing the water and I imagine them enjoying intimate conversation, maybe even dropping their guard with one another.

I think about how we’ve adapted, found new was to gather, and how the park that I favour has installed more benches to accommodate the increasing number of people who make use of the space. (Again, I wonder how we’ll manage in winter but push that thought aside for the time being.)

There’s a word—pivot—that we use to describe the manner in which we’ve found new ways to do things. Recalculating, is what the navigation system in my car calls it when I go off route and it scrambles to keep me going in the direction I intended.

But maybe it’s less a pivot we need, and more a pause. It would be a shame to get to the end of this pandemic (yes, eventually it will end) and find ourselves still going and doing and having missed or forgotten the wisdom found in the pause.

Nothing wrong with adapting—we must, or we perish. But I can’t help but think there’s more wisdom in pausIng than pivotIng—or, at least, pausing then pivoting.. That we’ll miss something big if we don’t stop and pay attention.

There’s something so good and ordinary about a circle of friends gathering in camp chair circles in parks on an autumn afternoon. Community. And there’s something equally as precious as two friends sitting in a quieter spot enjoying more intimate conversation. Relationship. We need both. We hunger when we’re starved for either one.

This year has presented opportunity to see things more clearly. To identify things that are chaff and things that are gold. To let some things go. To stop doing the same things just because we’ve always done them that way. To let go of the past and live in the present. And so many other lessons if we’re paying attention.

We’ll come out the other side knowing things we didn’t when we entered this season back in March. More’s the pity if we don’t. I said, back then, that the world won’t be the same after this and I believe it still. And I believe we’re fools if we expect it to be.

And in some cases, just let go.