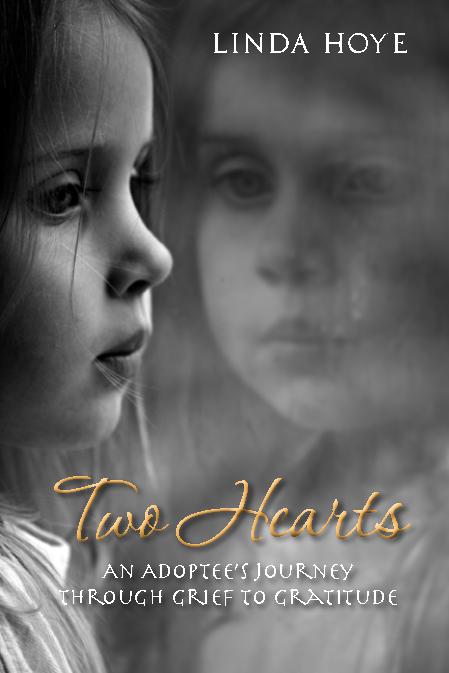 Linda Hoye was given away at birth by her Mennonite mother and adopted when she was five months old. Her adoptive parents died when she was barely in her twenties, putting into a motion a pattern of loss that would continue for many years as those she called “family” departed from her life. Over the course of twenty years she reunites with members of her birth family–including three sisters and four brothers–but there is never a reunion with the woman who gave her life.

Two Hearts charts a course through a complex series of relationships stemming from the author’s adoptive family, her maternal and paternal birth families, a troubled first marriage, and ultimately the family she is grateful to be part of today. It is a tale of what it was like to be raised during the era of closed adoption when the process was shrouded in shame, and reveals how the secrecy of closed adoption hurt those the process was intended to protect. Ultimately, this is the story of a journey to truth that will offer hope and inspiration to anyone whose life has been touched by adoption.

“Linda Hoye lifts her voice to tell an important story about being adopted during a time of great ignorance and darkness. Her voice is one we need to listen to. Read her book. Her story matters.”