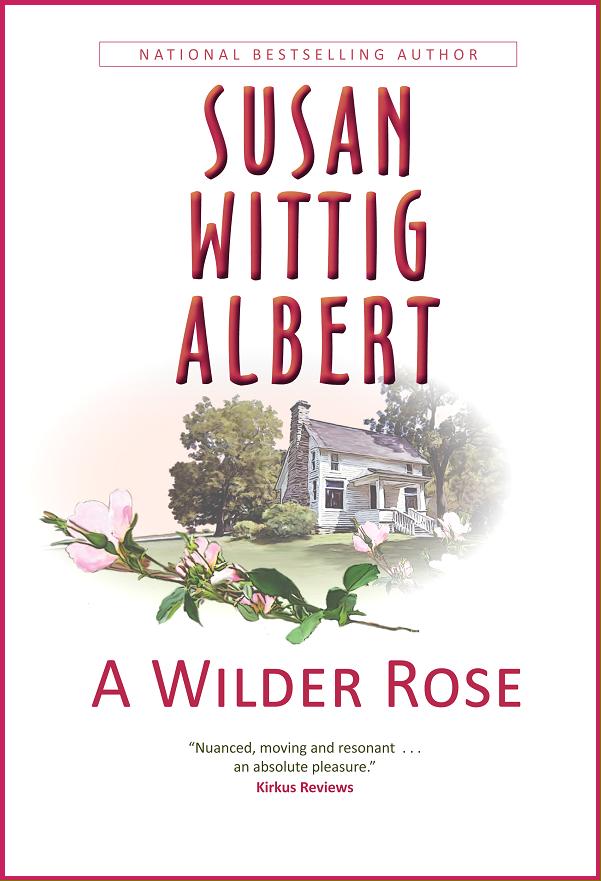 Recently, I had the pleasure of reading an advance copy of Susan Wittig Albert’s A Wilder Rose, scheduled for release in September. A Wilder Rose a the story about the life of Rose Wilder Lane, daughter of Laura Ingalls Wilder who has long been credited with writing the Little House series of books.

I had heard rumblings that it was actually Rose, not Laura, who was the main author of the series of books that have entertained children and adults alike for the better part of a century, so I wasn’t sure what to expect with this book. Would it be a fact-filled historical account about the life of Rose Wilder that would take the reader beyond the Little House books? Would it be an exposé-type book filled with unflattering facts painting the much-loved Laura in a negative light? Or would it be something else entirely? I was delighted to find it was all of these things and it was none of these things. It was something else entirely.

That I read this novel over the a series of hot, dry summer afternoons may have contributed to feeling as if I was transported back to the hot, dusty, drought-filled years of the Great Depression as I read, but it was the author’s gift with storytelling that gripped me and kept me reading long after the sun set every day to find out what would happen next. (Albert tells us at the beginning of the book that, while the story is true, her telling of it is presented in fictional form.)

Told over the course of eleven years, the story begins in 1928 when a simple two word cable from her mother bidding her to “come home” sends a reluctant-but-dutiful Rose back to the Wilder family farm and her aging and ailing parents, Laura and Almonzo. We come to know Rose as an independent, well-traveled, forward-thinking woman—a successful and prolific writer in her own right—with dreams, desires, and a vision of her own, who feels obligated to stay on the farm after the stock market crash to help her parents weather the hardship in the years to follow.

Rose’s sense of responsibility for her parent’s well-being, the complicated relationship between mother and daughter, and a desire to help her mother polish her autobiographical “Pioneer Girl” piece, combine with a series of circumstances that result in her falling, almost accidentally, in the unwanted position of ghostwriter for the series of books now known as the Little House books.

Set against the unprecedented landscape of The Dirty Thirties, this multi-layered story is a delightful read on many levels. It’s a compelling story with a true-to-live plot to be sure, but its deeply-developed characters that give us a glimpse into what life was like for many people during the years of the Great Depression that, coupled with a glimpse into a complex mother-daughter relationship that many of us can identify with on some level, and Rose’s personal conflicts with coming to terms with the choices she has made make this just as much a character-driven literary.

Thanks to the author’s comprehensive research not only about Rose’s life, but also into the economic and political climate of the time, we as readers are gifted with a novel that educates, entertains, and is a joy to spend a few hours with.

I recommend this book to anyone who enjoyed the Little House books and television series who wants to learn more about the real story of how the books came to be. I expect it will stand alongside others that chronicle the real story behind the story. Little House aside though, this is a book that stands on its own as a compelling chronicle of the life of Rose Wilder Lane, prolific writer and an incredible woman who lived through extraordinary times. 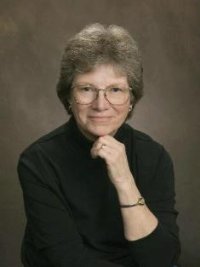 In 1985, Susan left her career as a university English professor and administrator and began working fulltime as a novelist. Her 50-plus books include the best-selling China Bayles mysteries, the Cottage Tales of Beatrix Potter, and the Robin Paige Victorian/Edwardian mysteries written with her husband, Bill Albert. Working together, the Alberts have also written over 60 young adult novels. Susan’s latest project is a series of historical mysteries, The Darling Dahlias, set in the 1930s.

Susan’s earlier nonfiction work includes Work of Her Own, a study of women who left their careers, and Writing From Life: Telling Your Soul’s Story, a guidebook for women memoirists. That book led to the founding of the Story Circle Network in 1997. She has edited two anthologies for the Story Circle Network: With Courage and Common Sense (2004) and What Wildness Is This: Women Write about the Southwest (2007).

She is also the author of two memoirs: Together, Alone: A Memoir of Marriage and Place (2009) and An Extraordinary Year of Ordinary Days (2010), both published by the University of Texas Press. She is working on a collection of essays entitled Unfinished Places. She has three children, eight grandchildren, and three great-grandsons. She and Bill live in the Texas Hill Country, where she writes, gardens, and raises a varying assortment of barnyard creatures.