We’re chipping our way out from an ice storm here in the Pacific Northwest. I’ve never seen anything like it.

According to the news there are 300,000 people in the area without power and our Governor has declared a state of emergency. 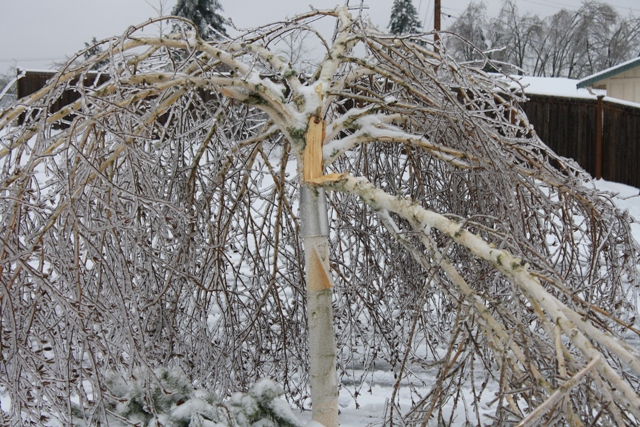 We’re thankful we haven’t lost power at home–both of our workplaces are without electricity–but we lost cable and internet and they’ve just come back on. 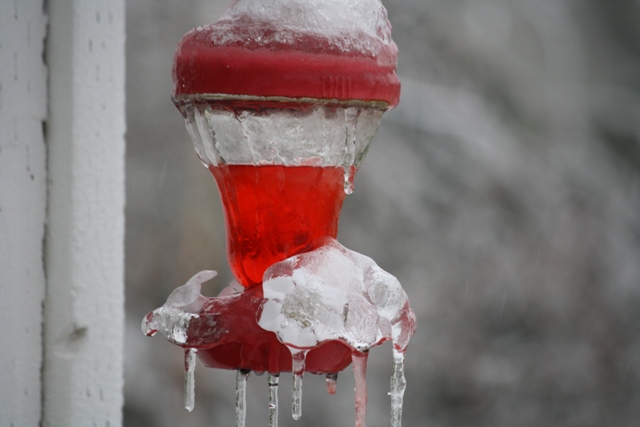 Today, the ice has started to thaw and Gerry and I took a walk around the neighborhood this morning.  We had to walk down the middle of the road because it wasn’t safe to walk on the sidewalks because branches from trees were snapping and falling everywhere. 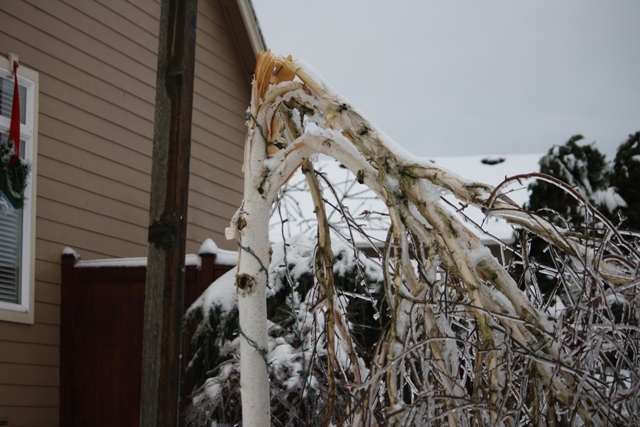 As we walked we were serenaded by the cracking sound of breaking branches and the buzz of chainsaws as folks began to clean up the damage that is everywhere. 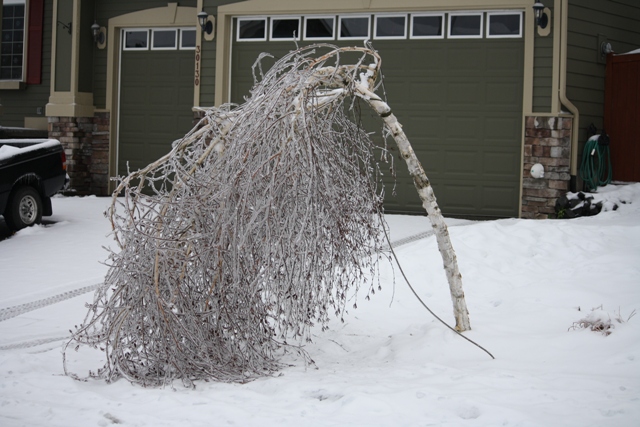 Proud trees that once stood tall and regal now bow under the weight of the ice on their branches. 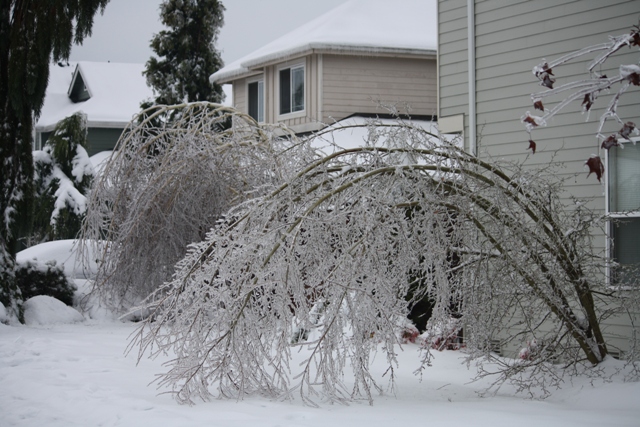 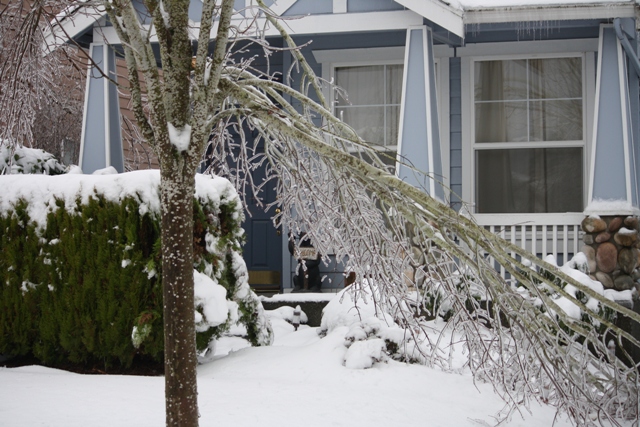 Neighbors were outside surveying the damage or cleaning up branches and cutting down what remained of their trees. 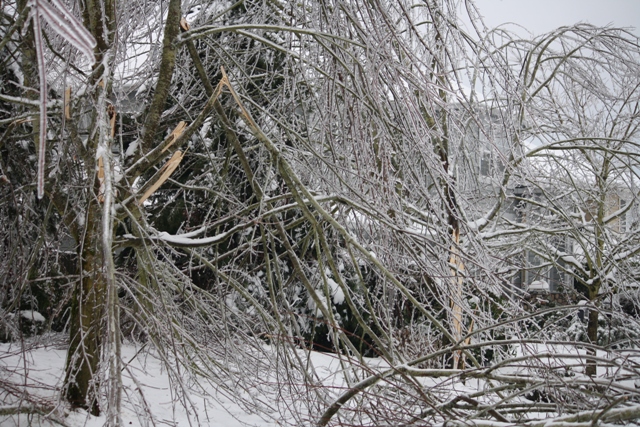 There was a sense of camaraderie as we talked about the ice and lamented the loss of many trees. 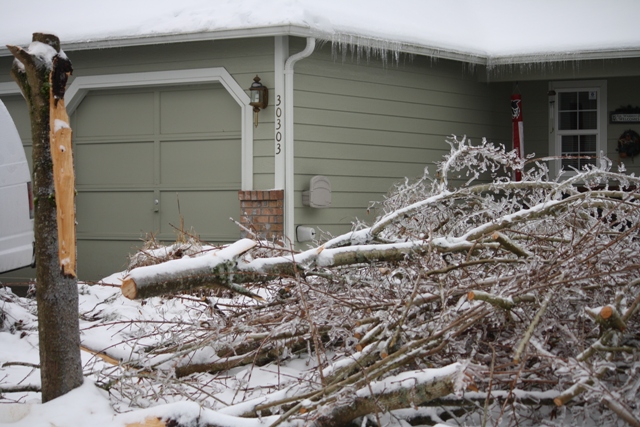 Still, amidst the destruction there was beauty. 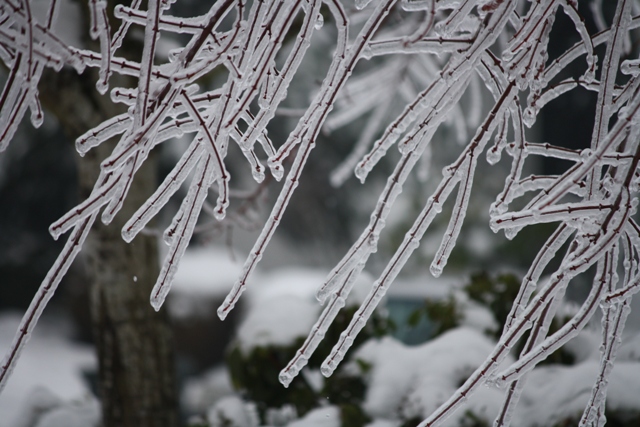 And in time the ice will be a distant memory. 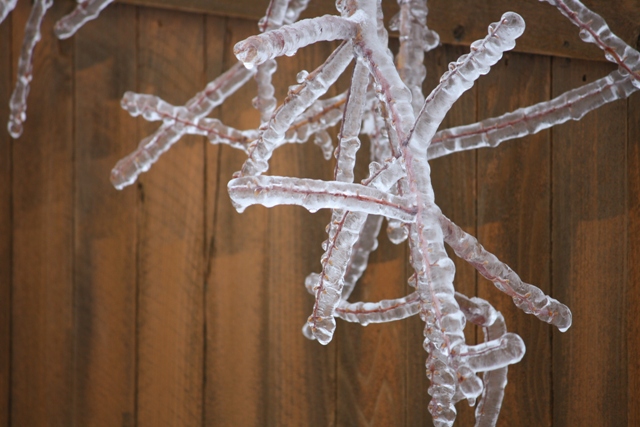 In time electricity will be restored everywhere and life will return to normal. 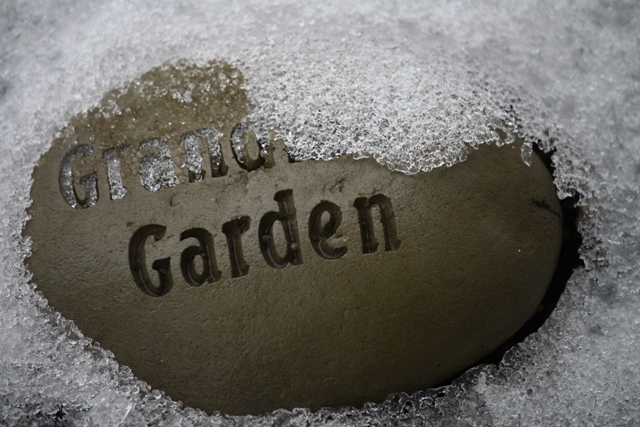 Meantime, we’re thankful for the blessings we have and have settled by the fire with our iPads (oh joyous internet restored!) making plans for our spring garden.

Yesterday, my new worm composting bin arrived. Now that the internet is back on I can order a pound of red wigglers from findworms.com.

I’ve got a new knitting project on the go. There’s something relaxing and meditative about knitting.

And today I put pen to paper (or fingers to keyboard) and officially started on my new book.

I’m writing a novel this time, a fictional tale loosely based on the life of my grandma in Saskatchewan during the Great Depression.

Life is anything but boring.