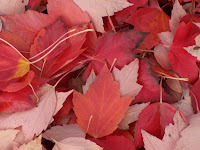 Some number of years ago I had the privilege of meeting my birth-sister in person. We had written a couple of letters and talked on the phone, but this was to be our first face-to-face meeting. She and her family were travelling to our home for a weekend visit and I’ll never forget how nervous I was waiting for them to arrive. “What if she doesn’t like me?” was uppermost in my mind as the endless hours of waiting dragged on.

Eventually they arrived and our families got to know each other. I couldn’t stop looking at her; we looked somewhat alike! Anyone who is adopted will know that this it is a huge thing to meet someone who looks like you do.

Later that night, after husbands and children had gone to bed, we stayed up all night long talking and learning about each other’s lives. At that time in our lives, we were both living in different areas in British Columbia, Canada. We had both been born in the Saskatchewan prairie and so it was remarkable that we both ended up living so near to each other. The story doesn’t stop there though.

As we began to share about our lives as children, we discovered that we had both lived in the same city at the same time for a few years! We had lived about four blocks apart and attended the same school at the same time!

Given that there are five years difference in our ages, we don’t recall ever meeting each other, but I can’t help wonder if we had an occasion to come across each other at some time, oblivious to the fact that we were sisters.