I spent an enjoyable afternoon prop shopping with a friend earlier this week and fell in love with this cute little pot. 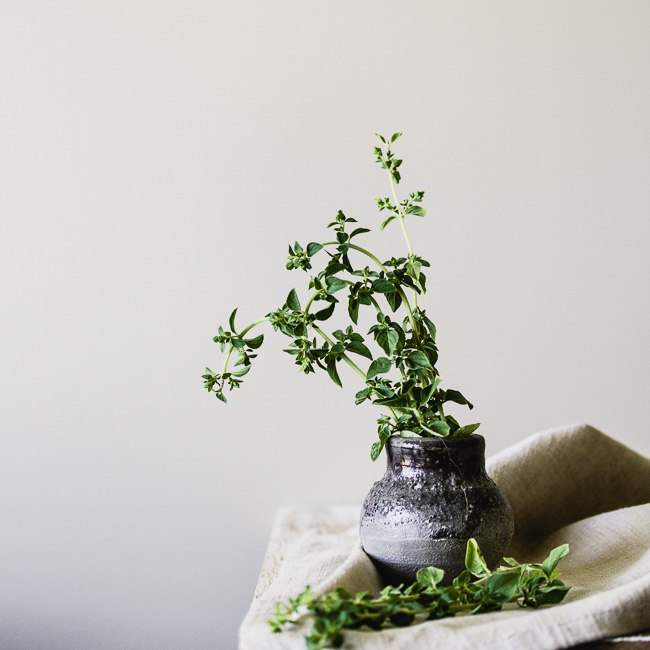 What I didn’t notice until this morning was that it has a crack in it that only adds to its charm. That crack reminded me of a piece I wrote about a cracked vessel for Adoption Voices Magazine a few years ago. I decided it was worth reprinting. 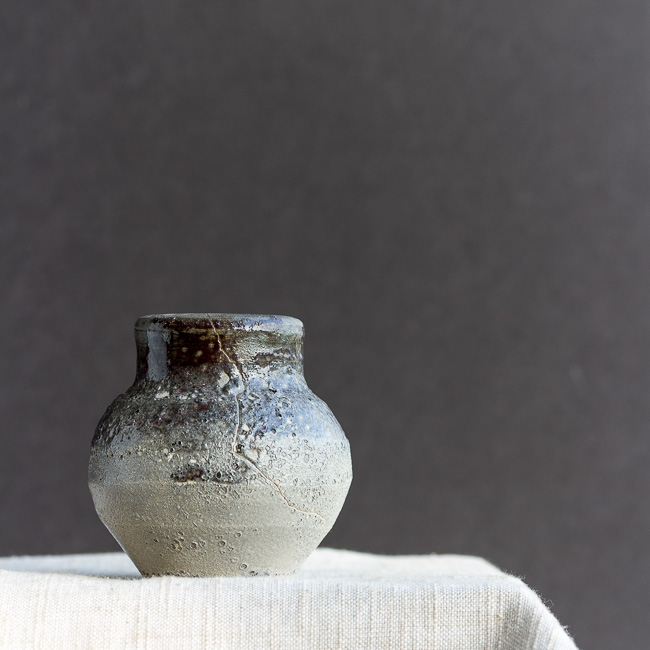 These are the facts: I was adopted as an infant in 1959 in a closed adoption and my adoptive parents died when Iw as in my early twenties. I’ve been able to reconnect with some members of my birth family; I have four brothers and three sisters, I’ve met five of them face-to-face. My birth parents deceased before I could meet either of them. I can trace my birth family back to the 1600s. I know the truth surrounding the circumstances of my birth and how it came to be that I was adopted. I have a measure of peace surrounding the facts about my adoption.

Finding peace about the feelings associated with adoption is more of a challenge. For the better part of my life I denied that being adopted had any emotional impact on me. There was an unspoken expectation in my adoptive family that it wasn’t okay for me to be curious or ask questions about my birth family; to even think about them would be a betrayal of my adoptive parents. Ever the obedient adoptee, I unconsciously bought into that, and smiled when someone remarked how much I looked like my adoptive mom. I convinced myself that it didn’t matter who I was biologically related to, or where my ancestors came from. Adoption was an event—it didn’t define my life.

Yet I was attracted like a moth to a flame to all things related to adoption. In the 1980s I sobbed uncontrollably watching talk shows that broadcasted “surprise” reunions between adoptees and birth parents. I read Betty Jean Lifton’s Lost and Found and found confirmation to what I had always known but ignored: that adoptees could face very real and unique psychological issues.

In the 1990s I went into the abyss during the darkest time in my life and grieved for the loss of, not one, but three families. When I emerged I called myself healed, but underneath the façade and insistence that I had done the work, I still harbored anger toward my birth mother and my grief was hidden just barely below the surface. Still I was adamant: the fact that I was adopted had nothing to do with my life today.

It was with the birth of my granddaughter when I finally acknowledged the need to be honest with myself about my adoption issues. The word legacy came to mind as I held that newborn baby for the first time and realized that my legacy was hers as well.

In my new role as grandma I found a new reason to take better care of myself. I began to pay more attention to my physical health; I wanted to be around for a long time to watch that baby girl grow up. I began to think about my emotional health too, and I knew that unless I dealt with the emotions associated with adoption I would not be able to be fully present with that precious child.

So I took myself on a journey. Over the course of the next four years I pored over photographs of myself as a child, remembering how I felt and what I thought during certain times. I obtained my original adoption file and read the words of the social workers and the words of my birth mother when she surrendered me. I internalized my truth; I allowed myself to feel. I crafted my story into a book and as I wrote I felt the healing settle deeper.

Today I’ll tell you in an instant that, of course, having been removed from my family of origin and adopted in the closed system affected me. I am hyper-sensitive to anything that whispers of rejection. I struggle with detachment issues. I’ll pull away from you before I give you a chance to pull away from me; it’s easier to keep my distance where you can’t hurt me.

Usually, I’m able to recognize when I’m falling into old patterns of taking things too personally, of feeling rejection and abandonment where there is none intended. I can’t always stop the pain; sometimes I still spin out of control as my grief threatens to be my undoing. I know I need to feel the pain so it doesn’t become a toxic poison, but it’s hard to avoid the temptation to stuff the discomfort down and put on that trusted façade.

Sometimes I feel angry that I still have to deal with these things. I worry that I’ll be perceived as having a victim mentality to those who don’t understand adoptee issues. Still, I know I’m no victim; I’m a strong woman who has overcome hardship, done the work. and come out the other side. When grief rises up, as it does at times, I allow it, I feel it, I weep, I rage, and then I deliberately and purposefully wipe my eyes and carry on.

I consider myself to have found a measure of healing and I am thankful, but I’ve still got cracks, and sometimes tears and ugly emotions seep through. Even so, I am thankful for those cracks, they allow me to release some of the pain so I don’t implode, because I know now that there will always be that pain.

This piece was first published at Adoption Voices Magazine on July 15, 2013.