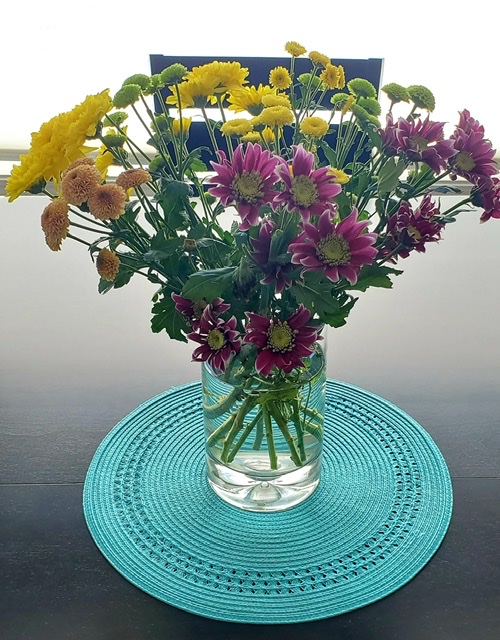 I started keeping fresh flowers on the table last March when we started experiencing life through a COVID filter. Daffodils, tulips, roses, lilies, lilacs, peonies, lavender and many more that I don’t know the name of have taken a place of honour in the middle of the table. The varieties and colours change with the seasons.

It’s become standard practice to move a vase of blossoms to the side to make room for daily games of chess. The flowers give back tenfold what I spend on them by brightening up the space, reminding me to hold on to hope when I am low, and countless other unrealized gifts they offer.

This week I picked up a colourful bouquet at the grocery store, trimmed stems, and arranged them in a pleasing way in a large glass vase. It’s a bright and happy bunch adorning the table right now.

Yesterday, I was moved to take photos (with my phone—big girl camera is still on hiatus) of the flowers in my yard, and decided to capture an image of the ones in the house too. I don’t know what prompted me, but I decided to climb up on a chair and shoot one top down and, looking at that image later, I realized that I did a terrible job of arranging the flowers. The arrangement isn’t balanced at all. 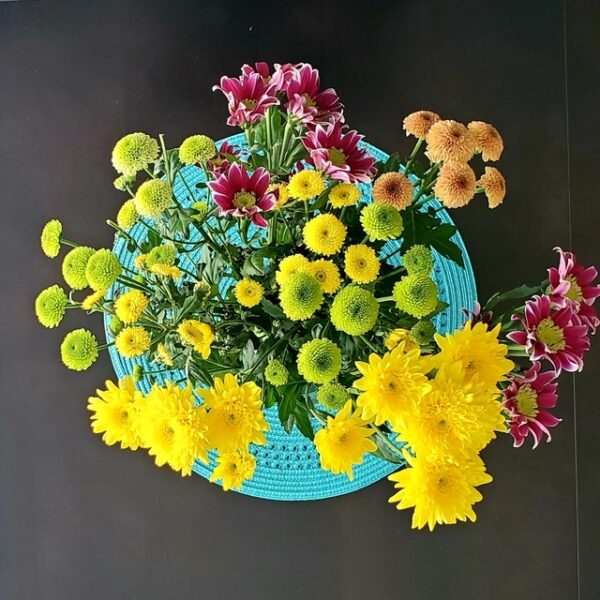 And you know, I don’t care. I kind of like the perfectly imperfect look from above, and it’s not noticeable from the side—which is the way I usually look at the arrangement—anyway.

It’s the colour that makes me happy. That, and looking at the different and oh-so-interesting shapes of the flowers and watching them change as they peak, then fade. It’s removing stems past their prime and creating new arrangements. It’s their subtle aroma, except for lilies whose scent is strong and bold and sometimes cloying. It’s an intangible something that the flowers being to our home. It’s a habit I intend to bring with me as we move past this strange and unsettling time into other strange and unsettling times. 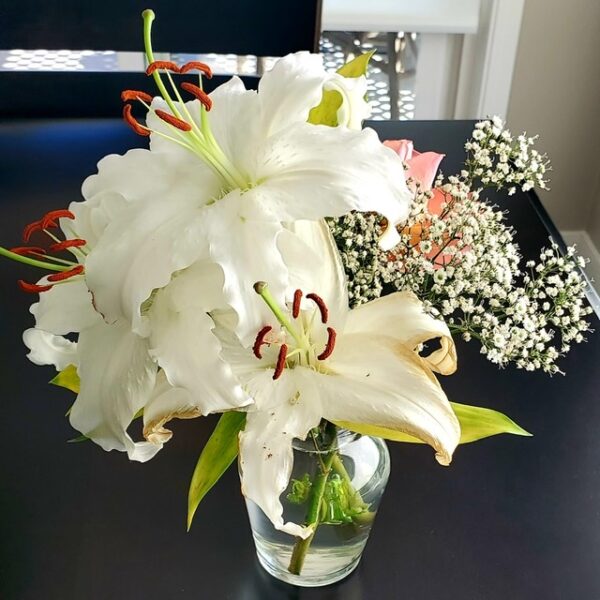