I have drunken deep of joy. 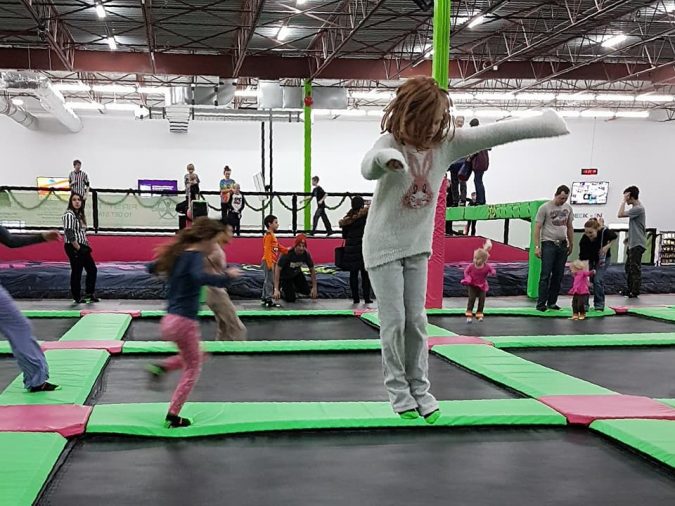 We’re at the new trampoline place: Gerry, daughter Laurinda, granddaughter Makiya, and me.  Makiya is the only one wearing the green-toed grip-on-the-bottom trampoline socks. We parent and grandparent observers are resisting the temptation to step forward onto one of the trampolines and jump for just a minute or two.

One fine day a few months ago, after we thought the place had opened, Gerry and I popped in to have a look and scope it out for a future grand visit. As it turned out it wasn’t open after all, but the automatic doors parted as we approached so we surreptitiously went in and had a quick look around anyway. We’re grandparent rebels that way.

Now, we’re watching children of all ages bounce off the walls, bounce and flip on trampolines, jump into foam pits, play dodge ball on trampolines, walk a balance beam and joust with one another on a beam above a massive beanbag-like thing there to soften their fall. Grand fun, indeed.

At one point, Mom and Grandma settle into one of the many comfy leather sofas strategically positioned around the place as Grandpa gives Granddaughter ideas for how to get the most out of the run-and-jump-on-the-wall trampoline. As I watch them, and others, my attention falls on a man I recognize as the former CEO of a  large corporation. He is wearing the green-toed trampoline socks and he is having a blast with a two or three-year-old little boy—his grandson, I assume.

The CEO’s eyes sparkle, and his cheeks flush, as he runs and jumps  with the little guy; I am captivated by his joy. He, like many of us, has obviously discovered the mid-to-late-in-life secret that grandparent-hood trumps pretty much everything else. I’ve no idea if he is CEOing elsewhere or if he has joined the ranks of the retired but I am 100% certain that, at this moment, the only business he’s giving any thought to at all is grandparent business.

He, just like Gerry and me, is rich beyond measure.

Today, Grandpa is making brunch for kids and grandkids and it’s going to be a madhouse around here. I can’t wait. 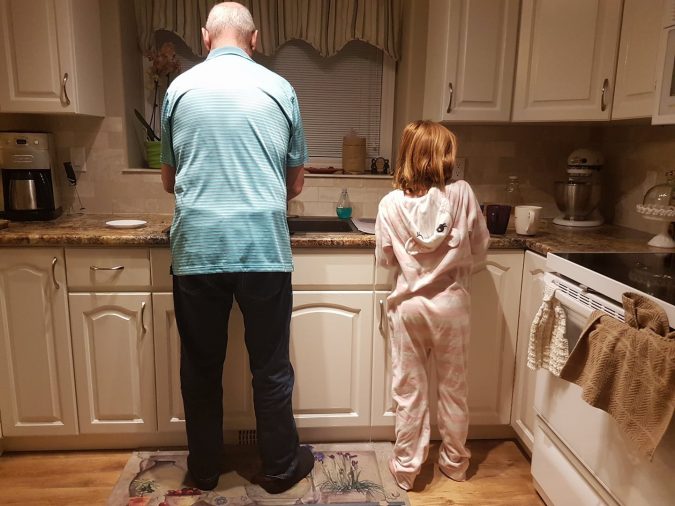