“I became a sort of garden fanatic, and I am not over it yet. You can take a few seed peas, dry and dead, and sow them in a little furrow, and they will sprout into a row of pea vines and bear more peas—it may not be a miracle, but that is a matter of opinion.” 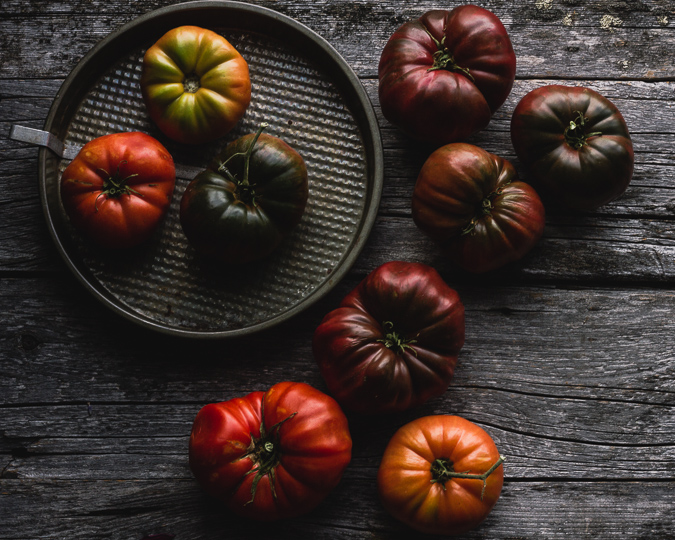 And just look at what tiny heirloom tomato seeds turn into! How could one be anything but a garden fanatic? The last of the heirloom tomatoes I picked a few weeks ago are ripe and beautiful now. I carried some of them down to the woman cave yesterday afternoon for a photo shoot. They didn’t disappoint.

I’m late here again because I woke too early, even for me, and forced myself to stay in bed.

Those dark and early hours when I occasionally toss and turn, fret or pray, were different this time. I recalled wise words I read from someone, not too long ago, who used those sleepless hours instead, to turn attention toward the character of our Creator. No petitions, no requests, just contemplation of His goodness.

And wouldn’t you know it, as I rested in Him, something wonderful happened; I realized, at one point, I had a smile on my face as I was bathed in joy and love and, most of all, awe.

So, late, and I’m also going to be brief, as I head to my private journal to write about what I learned in the dark of the night when the Light shone bright.