“What’s past is prologue.” 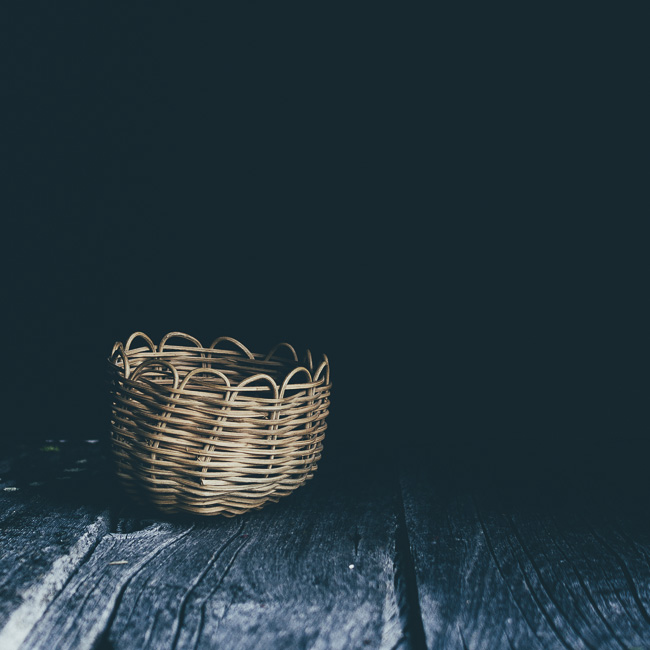 Eighty or so years ago a young boy wove this basket together. I imagine him together with his pals sitting on the bank of the river at a YMCA outing, laughing, joking, just living the life boys live when they’re still too young to bear the burdens that growing up will inevitably bring.

Not thinking about the papers needing to be delivered or the chaos at home where sisters are born one after another, just sitting there with his dog Mac beside him weaving a basket with his friends.

Having no idea that this little basket will one day sit on a desk in an office in another country filled with paper clips and sticky notes and miscellaneous bits and bobs. A touchstone from the woman whose office it is to her long-since-dead father. Then, later, one day positioned on a table so it catches the light and a photograph of the past can be captured.

For now, the boy just sits on the riverbank having a good time with his friends weaving a basket.

These Are Good Days