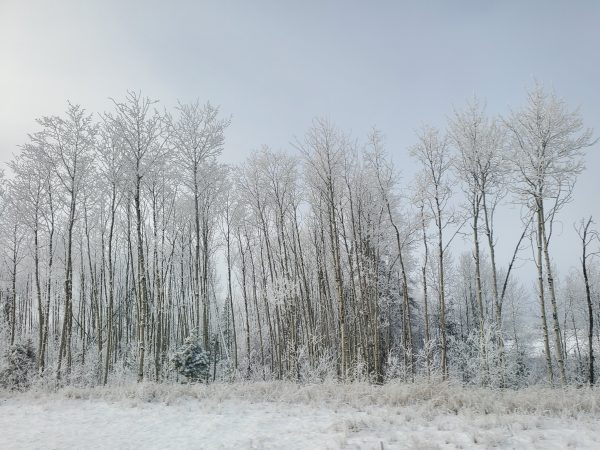 That I am optimistic enough to attempt to pull together a post for Friday’s Fave Five this week is a statement in and of itself about the lifting of the metaphoric fog I’ve stumbled around in for months. As Martha would say, “It’s a good thing.” So here we go.

A pedi. For years, going for a pedicure has been a regular indulgence I slotted into my calendar. I don’t see that stopping anytime soon—or ever. I still miss the place (and the price!) I went to when we lived in WA but after seven years (!) living back in Canada, I’ve adjusted. 🙂

Coffee and conversation. We’ve learned to be creative and intentional in the ways we connect with one another, and developed an increased appreciation for face-to-face conversation. Coffee this week with a friend was a gift.

Float therapy. For years, ever since I first heard of floating in a sensory deprivation tank, I wanted to try it. Ninety minutes of pure solitude and silence? Sign me up! But it became one of those things I wanted to do but would probably not have taken the first step toward doing. Enter my husband who gave me a gift card to the local float therapy place for Christmas. I put off going for the first time, wanting to be in the right headspace for the experience, but when I finally went, I was hooked. I went this week for the second time and purchased a membership. I’m not going to describe my experience because it’s personal, and likely different for everyone. Suffice to say that it’s my new favourite thing.

Epicure. This is a Canadian company offering cookware and healthy herb mixes and seasonings. I had never tried any of their products until someone gifted me with a dish of African Sweet Potato Stew made with one of their seasoning packets. We loved it! I made it again this week (So easy. Ground turkey, diced sweet potatoes, coconut milk, diced tomatoes, and the seasoning.) and placed an order for a variety of other seasonings that will help see us through the rest of winter mealtime funk.

Watercolour. I’m taking a beginmer class with Canadian watercolour artist, Angela Fehr. She talks about becoming your own favourite artist through heart-led watercolour. I don’t know about that happening, but I’m having fun—and that’s really the point.

Getting organized. After spending the first three weeks of this year mostly doing nothing (and making no apologies for it), this week I tended to things needing my attention. It feels good to have crossed some things off my ever-evolving to do list and feel like I have a measure of organization in place for some projects and life.

This week, in some ways, feels like the first one of the year for me. It was a good one. There’s still so much uncertainty in the world but there’s peace in the midst. Unplugging for a time was the right thing for me. Maybe I’ll do it more often.

Wishing you a peaceful weekend, friends.

(Oops! I just realized I posted Friday’s Fave Six! Well, that kind of says something about the week that was, doesn’t it?)