I’m pleased today to have Denise Roessle as a guest today. Denise is the author of her recently released memoir Second-Chance Mother . Her book is currently available as an e-book and is scheduled to be released as a hard copy book in early 2012. You can read my review of Second-Chance Mother at Story Circle Book Reviews.

TO TELL THE TRUTH: The fears we encounter while writing memoir

“I once had the feeling I would dig my Mother’s grave with my writing, but I later discovered this was vanity on my part. They are hardier than we think.” Flannery O’Connor

I didn’t set out to write a memoir. My original intention was a “birthmothers’ survival guide.” I’d been in reunion with the son I’d relinquished for adoption for four years. Believe me, I didn’t know everything at that point (a decade later, I still don’t). But I was going to find out: collect stories, survey other birthmothers, gather advice from adoption experts. It was going to be the book that I’d wished I’d had when I reunited with my only child.

Armed with my pitch for why this book was sorely needed, an outline and sample chapters, I attended the Maui Writers’ Conference in 2000. I was so inspired by the sessions and keynote speakers, but once I began meeting with agents and publishers my brilliant idea began to dim.

“There’s no market for this book,” I was told. When I explained that there were six million birthmothers in the U.S. alone, they countered with “and how are you going to reach them?” Forget about the self-help book, they all said. “Write the memoir.”

Hmmm, I thought, why not? I’d read dozens of birthmother and adoptee memoirs: “The Other Mother” by Carol Schaefer, “Birthbond: Reunion Between Birthparents and Adoptees” by Judith Gediman, “May The Circle Be Unbroken” by Lynn Franklin, “Birthright” by Jean Strauss, and many others.

And so I began, pulling excerpts from my journals, writing vignettes from my memories, attending writing groups, and piecing my story together. It wasn’t long before fear crept into my psyche.

The first one to crop up was that my story wasn’t worthy. My “critic-censor” (as my teacher Linda Joy Myers referred to it) came at me full-force: This isn’t important. It’s just you whining. No one will want to read it. Why do you think your experience is so special? What makes you think you’re a good enough writer?

Despite nagging doubts, I pushed on. I took the feedback I received in my writing groups — both criticism and praise — seriously.  Even if my first draft wasn’t great, I would work it, rewrite and fine-tune, until it was.

As I got closer to believing that I would ultimately have a publishable book, the next fear took over: What the hell are you doing? Your parents will be furious! They aren’t monsters. They were only doing what they thought was best for you at the time. Besides, it couldn’t have that bad. Be grateful for what you have and let it go.

Those words were very powerful in my head. I almost succumbed. I considered softening what I wrote about my parents and their role in losing my son. Or simply giving up. I stayed at it by telling myself that if nothing else it would be cathartic to get my story down on paper.

Several years ago, when I had my fairly-good first draft, I offered it to my father to read. He said he was too busy. (I should add that my mother was still alive at that time.) I offered it to my younger sister and brother, who did not know about my pregnancy until I reunited with my son. They both read it. My sister was appreciative, said that it explained many things she had wondered about. My brother was upset. He said that publishing my book would hurt people and that I should never speak to him about it again.

My family’s reaction wasn’t the last fear I would encounter. The one that hit me hardest came when peer readers and a professional editor told me that I was holding my audience at arm’s length — that to build a compelling story I would have to dig deeper, be more honest, and reveal my true feelings. This was proved to be the most gut-wrenching piece: delving into my most painful memories, returning to the places and times that I had blocked for sanity’s sake, and sharing them unflinchingly. As I wrote, I cried a lot, slept a lot, sometimes in the middle of the day. In the end, that experience provided the most healing moments.

As excited as I was to learn this past summer that Second-Chance Mother would be published, I began to panic about my family’s reaction. Only recently have I told them that the ebook is out and the print version will be soon. Okay, I’ll be honest. I told my dad and my sister. I haven’t told my brother yet.

A few months ago, in an effort to clear my mind of the old fear, I posted a longer version of this on my blog:

HOW I ALMOST KILLED MY MOTHER

I came close so many times. At least according to my father.

“If any of our friends find out you’re pregnant, it will kill your mother.”

“Just don’t tell my family about (finding) Josh. I would kill your mother.”

“You haven’t told your mother’s family in Virginia, have you? That would surely kill her.”

My mom only pressured me with my dad’s wellbeing once. When I moved home after my pregnancy, she said I couldn’t see a doctor for post-partum follow-up. “Because doctors talk and word will get out. That would ruin your father’s reputation.” (At least she spared me causing his death.) BTW, hers was the only “request” that I honored. I didn’t see a doctor until the following year, once I’d left town.

The rest I struggled with. But eventually I did what I had to do. I told. I’d lived with the secret long enough. Once I reunited with my son, my loyalty to them changed to him … and to myself.

My mother didn’t die after any of these egregious acts on my part. In fact, my refusal to comply forced my parents to adapt or lose me forever. If only I’d realized that I could object and disobey sooner.

She passed away in 2004. A blood clot took her while she was still in the hospital, two weeks after a successful back surgery.

Not only was my mother hardier than I thought. So am I. 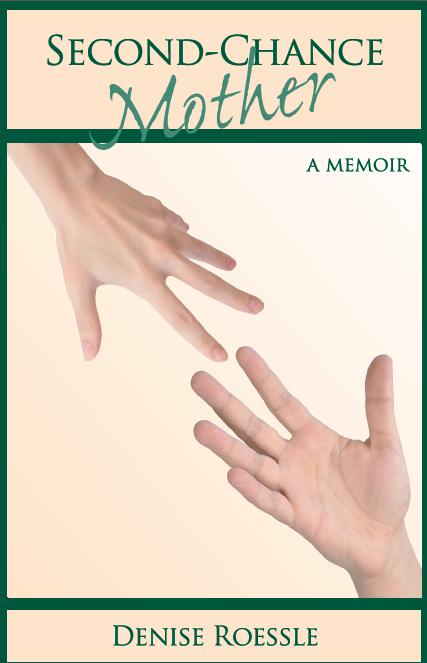 Originally from California, Denise went to high school in Kailua, Hawaii. She attended Stephens College in Missouri and University of Alaska, then graduated from UCLA in English/Journalism. A professional copywriter and graphic designer, she is the former owner of a marketing communications firm in Northern California.

After reuniting with her adult son in 1996, she began writing on this more personal topic. Her articles have appeared in Adoptive Families and Adoption Today magazines, as well as adoption-focused organization’s newsletters: the Post Adoption Center for Education and Research (PACER) and the American Adoption Congress (AAC). She facilitated a PACER support group for birthparents, adoptees and adoptive parents from 1999 until 2005, and continues to be active in the national post-adoption community.

Second-Chance Mother is Denise’s first book. She is a member of the Story Circle Network, the National Association of Memoir Writers, and the Society of Southwestern Authors. Her essays and short stories have earned awards in writing contests. Denise blogs at write-o-holic.

She and her husband live in Southern Arizona.