Today I’m pleased to welcome artist and author Destiny Allison to A Slice of Life Writing. Shaping Destiny, is the inspiring story of her life from the creation of her first sculpture to her acceptance into a prominent Santa Fe art gallery. The book recounts her journey from traditional female roles to self-actualization and independence and how she wrestled along the way with shedding and then reclaiming family.

The Relationship Between Art and Life

When I think about the relationship between art and life, I think about the story Howard Ikemoto told. “When my daughter was about seven years old, she asked me one day what I did at work.  I told her I worked at the college – that my job was to teach people how to draw.  She stared at me, incredulous, and said, ‘you mean they forget?’”

Drawing, painting, building forts, and playing make believe are just some of the creative acts intrinsic to childhood.  As we get older we leave these acts behind.  We let the voices of the world steer us toward responsibility and productivity and away from some of the most important parts of life – passion, curiosity, and creativity.

As a young girl, I remember being under constant scrutiny.  Peers, teachers, parents, and strangers all watched to see if I fit, measured up, or was on track toward achieving what they felt it was important for me to achieve.  I was paralyzed for a time – doing my best to color inside the lines.  In retrospect, it seems that my education was about teaching me everything I needed, except how to be myself.

I think many people, by the time they hit adulthood, are afraid of being themselves.  Doubts plague them and they worry about being good enough, talented enough, pretty enough, or brave enough to do many of the things they did easily as children. They trade their creativity and individuality for acceptance and security and ultimately find that the only thing they know about themselves is what other people tell them.  Consequently, they end up consenting to a life not of their choosing.  Hopeless and trapped, stuck in jobs and relationships they hate, they die a little every day.

It seems to me that when they lost their creativity, they lost themselves. In the adult world today, creativity and art belong to the elite.  Did you know that there is no word for art in Native American languages?  They didn’t distinguish it as something significant by itself.  It was just part of every day life.  Sand paintings were made to blow away.  Art wasn’t about the object.  It was about the function of the object, physically and spiritually.

In our culture, we relegate art to museums where it is defined as a skilled rendering, in a known artistic media, that means something.  I think the Native American culture is right.  Art is not about media and meaning is not derived from the object.  Art, and its consequent meaning, comes from the artists’ intention to create something honest and beautiful.  Artists can work in any media.  They can be painters, poets, writers, sculptors, and musicians.  They can also be gardeners, athletes, mothers, career professionals, or volunteers.

The truth is we are all artists.  Life is our canvas. Eventually, if we stick with our passion, expression, and discipline, the art (our life) gets good.  Through our artistic discipline and creative expression, our uniqueness and originality shine.  We develop skills, confidence, and a greater understanding of both ourselves and those around us.  Then, our voice and passion inspire others and our works can become masterpieces worthy of the finest museums.

In the end though, reaching for museum quality work is beside the point.  What matters is the creativity itself because being creative is like turning barren ground into a rich and fertile garden.  Our discipline provides the nutrients and water.  Our artistic expressions are the seeds we plant inside ourselves.  Maybe a seed will grow into a weed that needs to be yanked.  Another will become a rose and we will revel in its beauty.  If we’re lucky, and patient enough, some of the seeds will end up feeding and nourishing our souls. 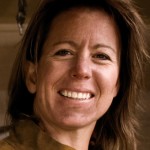 Destiny Allison is an artist, a business woman and a writer.  Her work is collected by public institutions and private individuals internationally.  In addition to her numerous awards for excellence in art, she was also recently named Santa Fe Business Woman of the year for 2011.

In addition to being a full time artist, she is also a managing partner in La Tienda at Eldorado — a commercial complex, community center, and arts center in Santa Fe, NM.

She is represented in prominent galleries across the country and owns her own gallery, Destiny Allison Fine Art, located at La Tienda.

Allison’s first love was writing.  Her first poems were published while she was a child and she received numerous awards during adolescence.  The story of how she became a visual artist is told in her book, Shaping Destiny: A quest for meaning in art and life.  While her focus over the last 20 years has been primarily on sculpture, Allison also paints on steel using acids and natural oxidation, and in acrylics.

The eloquence of Allison’s language dates back to her childhood when art was constantly discussed and debated by her father, a writer, and her mother, a painter. Born and raised inSanta Fe, N.M., Allison moved to Boston after college where she worked as a freelance journalist while raising her three children. It was there that she discovered her voice through sculpture. Predominantly self-taught, Allison apprenticed at a bronze foundry in Massachusetts, and later taught sculpture at the Attleboro Museum of Art and the Fuller Museum of Art, both in Massachusetts. In 1997, Allison returned to Santa Fewhere she currently resides.