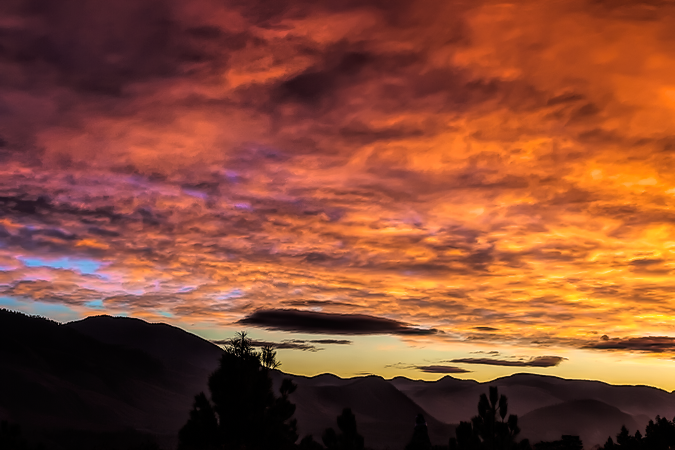 In the morning, when Gerry takes Maya out for her morning constitutional, he finds evidence of a visitor on the front lawn and in the evening we watch three hungry black bears amble by on the other side of the fence in the back yard.

In between, amid hugs and laughter (and maybe a few tears), we say goodbye to Laurinda and Makiya. We feel kind of restless after they leave—the house is SO quiet after the weekend activity—so we go for a drive on country roads where I sip coffee and speak of my lingering melancholy while Gerry comments on subtle changes in the green on the trees.

Now Labour Day is over and we’re on a trajectory toward fall. The forecast still looks like summer but I’m developing a yen for cozy. It’s a funny in-between time.

The garden is still generous with offerings of squash, tomatoes, cucumbers, and Swiss chard. A second sowing of beans is about to flower, beets grow larger day by day, and the single long loofa I’ve babied throughout the season gets bigger and fatter every day. It’s my prize this year and the first thing I inspect when I go to the garden. I look at other things with an eye toward pulling them out. Spiders and their sticky webs are everywhere.

In the quiet of an early September morning I watch the eastern sky change and can’t help but worship. Then I turn my gaze back into the room where I sit and remind myself that the Presence is just as much here as it is out there. I close my eyes and whisper prayer. Even in the in-between, maybe especially in the in-between, I seek and find and am filled.