I spent a blissful couple of hours at the community garden this morning. I keep thinking I should take my DSLR down to capture some images–and I will one of these days–but this morning was work time.

I took out a row of spinach that was beginning to bolt and we’ll enjoy spinach salad for a few days from this morning’s harvest. The parsley is going crazy so I picked enough to fill the dehydrator. I took out a boatload of dill weed that was overtaking way too much space. Last year, when I was ready to make pickles I had to purchase dill so I decided to let the volunteers grow this year. Good idea until they decided they wanted to be the stars of the garden. 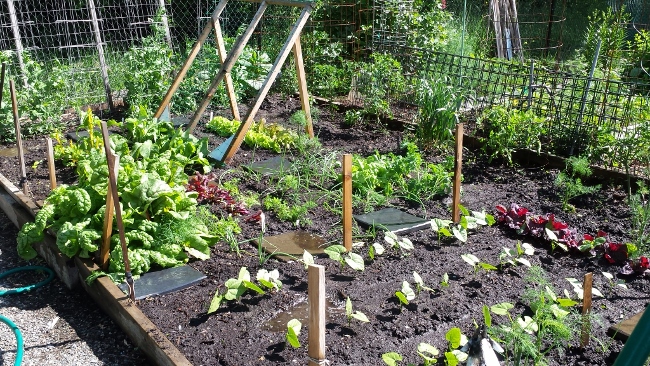 I took a few photos with my phone as I thought it was time to post a garden update. 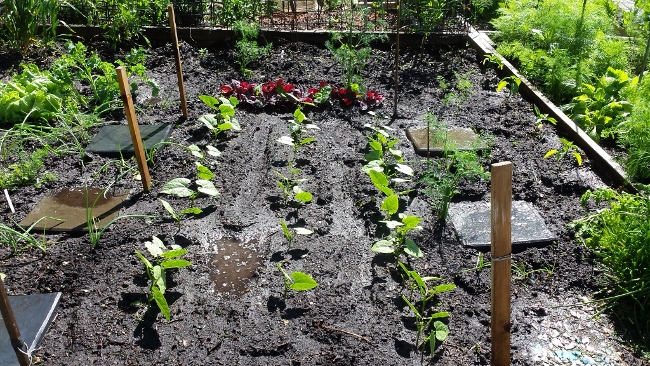 The Blue Lake green beans are coming along. That’s a row of orach in the background. Something new this year. 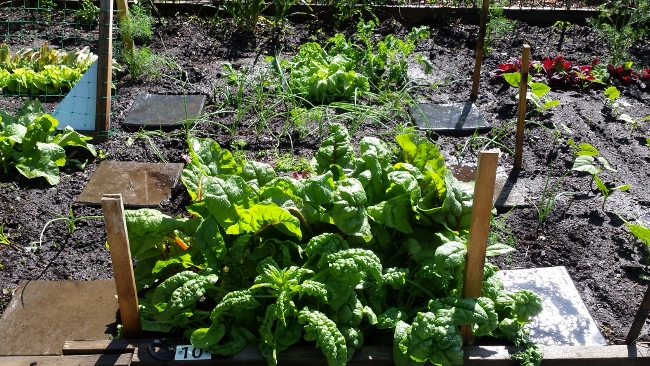 More spinach in the front and rainbow Swiss chard behind that. A few rows of carrots and beets are hidden behind–hoping the voles don’t get them this year. Onions behind that–also something new this year. Like everything else in the garden I started them from seed. Behind the onions is a beautiful volunteer lettuce amongst the kale. 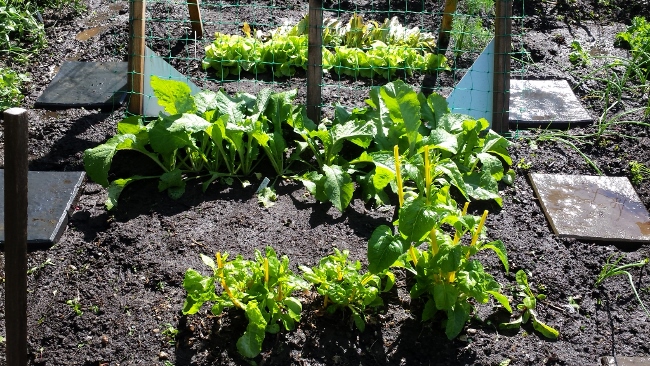 This is the area where I removed the spinach and some radishes. Weird thing with the radishes: they grew great leaves but never formed an actual radish. Another gardener next to me said the same thing happened to her this year. I’ll have to research possible causes. There’s a bit of Swiss chard in the foreground that we’ve been eating for months now as it overwintered. It’ll be removed soon once the squash and cucumbers start needing more real estate. A couple of different varieties of lettuce are in the background. 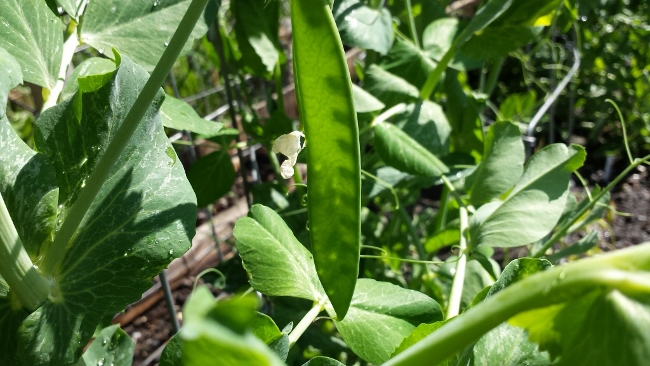 Then there’s the peas that are starting to form pods. They better hurry up because they’ll need to come out once the delicata, butternut, and spaghetti squashes get big enough to need the space.

So there you go! My garden. My happy place.