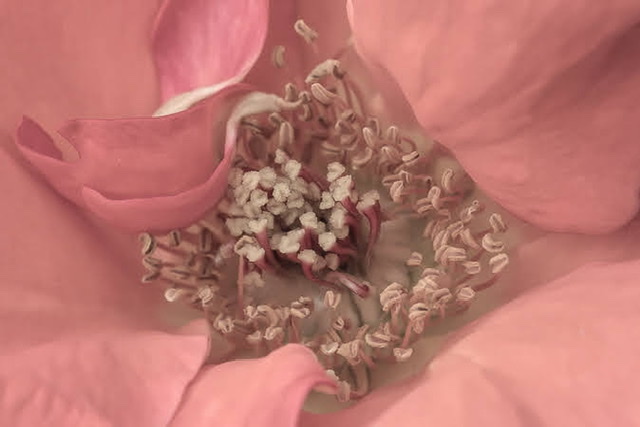 Whoever described  summer days as “lazy” wasn’t a gardener. I am, and this time of year is far from lazy around here. Yesterday, after an early trip to the garden to water, weed, and harvest, I spent the rest of the morning washing, chopping, and bagging while I sent Gerry out to foist some cucumbers off on our neighbours. Then I made blueberry freezer jam.

We enjoyed the first Black Krim tomato on sandwiches for lunch (accompanied by handfuls of blueberries and cherries and a thoughtful chess game) and then I busied myself in the woman cave tending to Story Circle Network things.

At one point Gerry came in an suggested a drive to the rose garden to take photos. Yes please! It’s been ages since we went on a photo-taking junket. (By the way, did you know that the old-fashioned milk-based custard called junket is also known as curds and whey? Me either! Thanks Google.)

It wasn’t the best time of day to shoot roses because the sun was visible enough through the smoke to cast a shadow (for a brief time that also happened to coincide with our little adventure), but I shaded the flowers with my body and got a handful of images I was satisfied with.

By the time we got home, I barely had time to download my photos before the pups wanted dinner and it was time to cook those veggies I harvested earlier for Gerry and me. I stole a few minutes with my Kindle while the beets were boiling but that was the extent of my reading time for the day (until we climbed into fed later).

Today, I’m reading. Yesterday, I tasted the first few pages of Joyce Maynard’s new one, Count the Ways, and am hungry to get lost in it in between watering and weeding and harvesting. Now, if only the smoke would clear so I could read outside. That’s summer for me.