I made a five-gallon bucket full of tea today. Worm tea.

I wrote about my initial foray into worm composting in a series of posts a couple of years ago. In case you missed the excitement, or are interested in learning more about vermicomposting, here are the links to those posts:

I got the worm hotel up and going again with a fresh batch of Canadian red wigglers about a month ago. Well, those worms have been very busy in the past few weeks and I’m so happy that I’m not forced to put kitchen scraps in the trash anymore.

I keep the worm hotel in the garage just next to the door so it’s easy to get to when I want to add new scraps or check on the progress of the industrious worms. 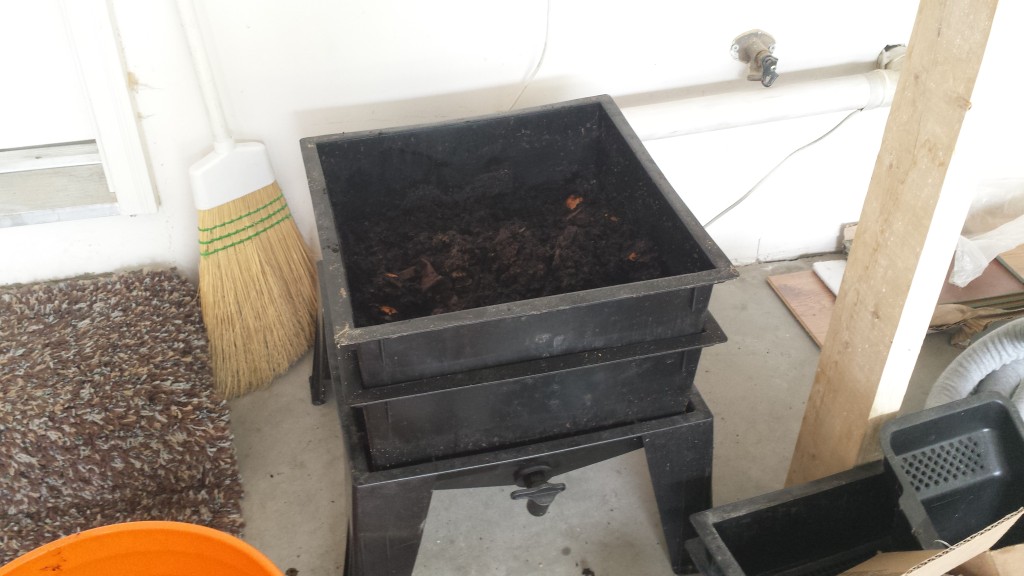 This afternoon I moved the lower bin–the one that the worms have transformed from kitchen scraps to vermicompost–to the top. Exposing it to the light encourages any worms that have not yet migrated into the bin with fresh scraps to move down. Just look at all of that wonderful compost they’ve created!

I scooped out about four cups of the compost and tossed it in a bucket. 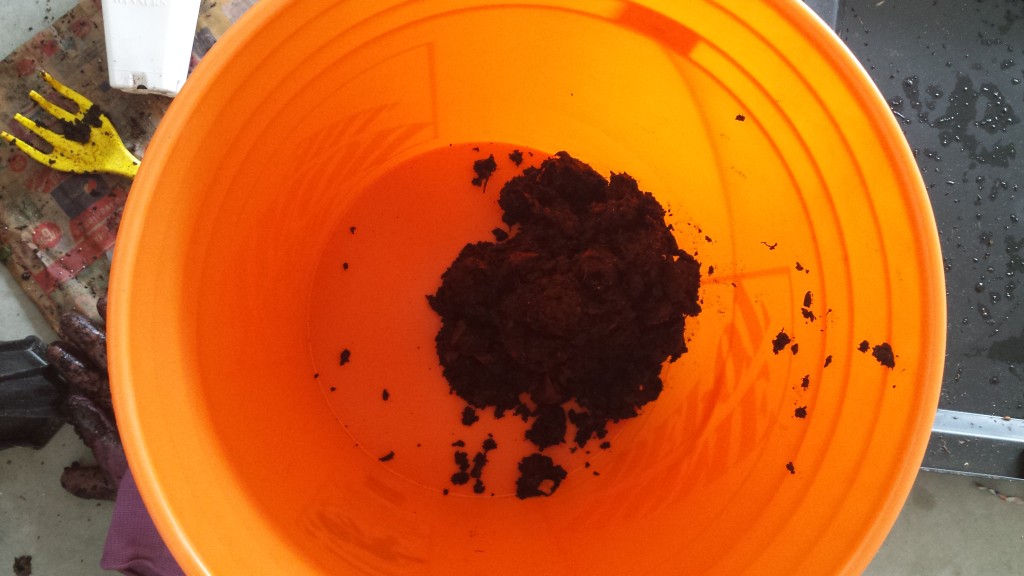 The theory is that if you leave the bin in the light for long enough all of the worms will migrate downward and you won’t need to muck about too much. I’m not that patient and have no qualms about picking through the compost, extracting any rogue worms, and depositing them into the lower bin to speed up the process. 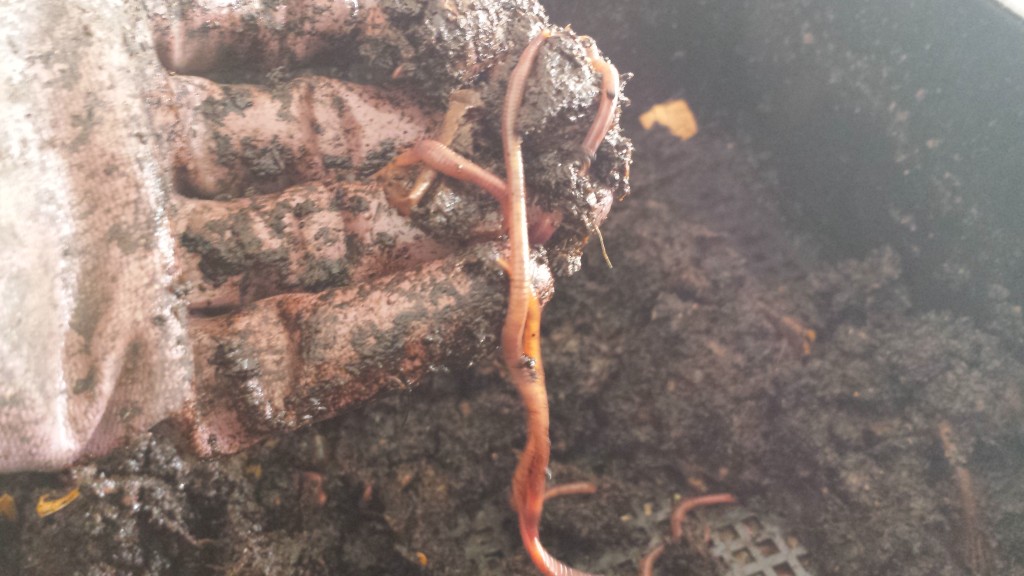 Once I had enough compost, I tossed the bucket into the back of my car and headed down the hill to my community garden plot.

There, I tucked the bucket in the corner of my plot next to my guard chicken and filled it up with water. 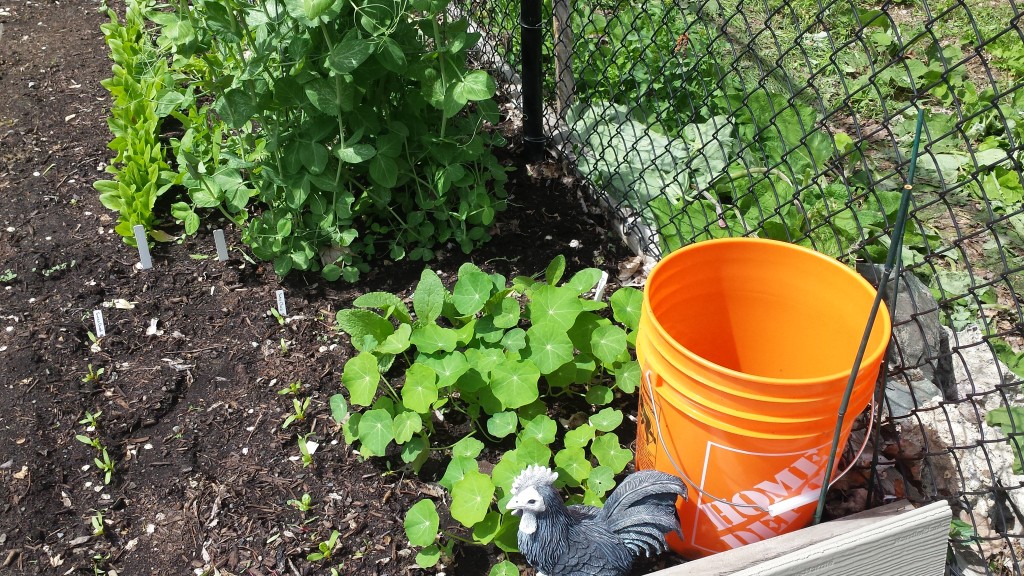 (That’s borage and nasturtium next to the guard chicken, planted to attract bees.) 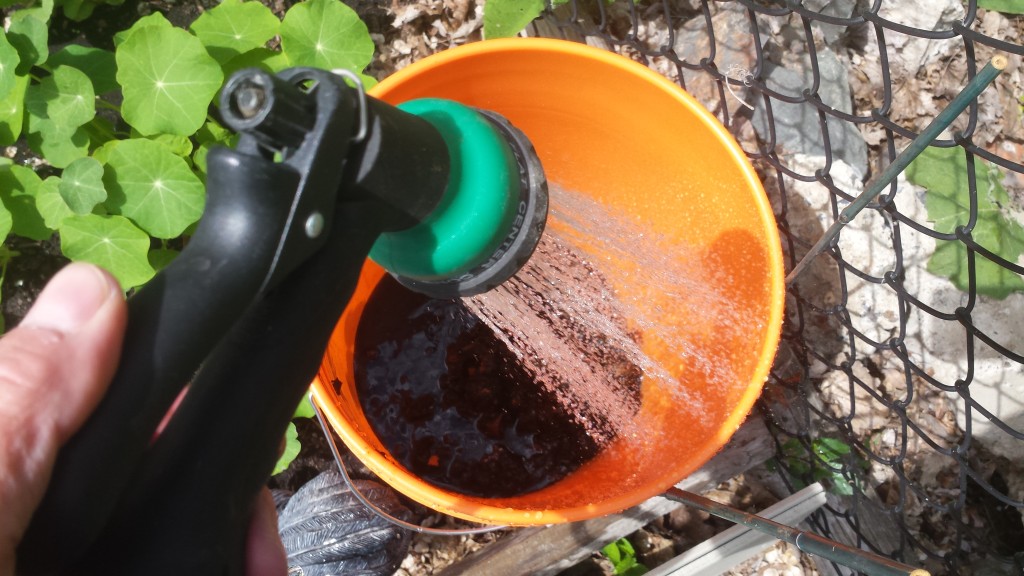 It’s just that easy. I left the bucket there to steep overnight and tomorrow I’ll use the tea to water my plants.