“I don’t think there’s anything on this planet that more trumpets life that the sunflower. For me that’s because of the reason behind its name. Not because it looks like the sun but because it follows the sun. During the course of the day, the head tracks the journey of the sun across the sky. A satellite dish for sunshine. Wherever light is, no matter how weak, these flowers will find it. And that’s such an admirable thing. And such a lesson in life.” 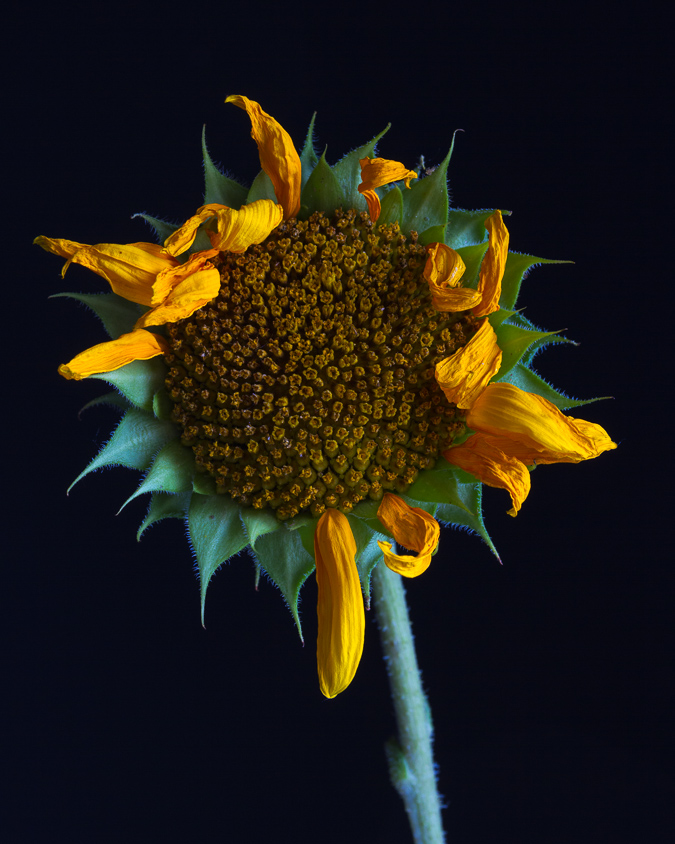 The first thing I do in the morning is turn my eyes toward the window to see what the smoke is like. It’s beginning to wear on me.

I have no cause to whine–my home isn’t currently at risk of being burned (though I keep a wary watch on the tinder dry ‘green space’ we back on to, and take uneasy note of a sign that’s been posted in the nearby closed bike park warning of EXTREME fire danger) and I am not one of the tens of thousands people in the province who have been evacuated or who are on evacuation alert–but I am starting to.

We spent just a few minutes in the garden after church yesterday watering and doing a quick harvest (I picked the first Brandywine tomato!) and came away feeling ill with a brutal headache that persisted for much of the afternoon.

I noticed, when I let Maya out for a potty break, that my sage leaves were wilting and my flowers are sorely in need of deadheading; I couldn’t bring myself to spend any more time outside in the smoke to tend to them though.

Yesterday I spent a few minutes in the woman cave photographing some sunflowers I picked in the garden. They, along with the fresh vegetables on my kitchen counter, remind me that it is summer even though it I’m spending much of it indoors as the season passes by in a haze of smoke and destructive fire.