I’m pleased to welcome Madeline Sharples to A Slice of Life Writing today. Madeline’s memoir,  Leaving the Hall Light On: A Mother’s Memoir of Living with Her Son’s Bipolar Disorder and Surviving His Suicide , charts the near-destruction of one middle-class family whose oldest son committed suicide after a seven-year struggle with bipolar disorder.

Welcome Madeline! Can you tell us about what the title of your memoir means?

At first I believed—my magical thinking—that if I left the hall light on, if we didn’t move away from our house, if we didn’t change our telephone number, Paul would know how to make his way back. Paul would know we were still here waiting for him. For a long time I waited for that familiar sound of his Volvo coming into the garage, the sound of the door from the garage slamming as he entered the house and went down the hall to his room, the sound of him walking around the house at night, the sound of the door opening and closing as he went in and out of the house. In fact, for a while I thought I heard those sounds. I also left most of the things in his room and closet alone for fear of removing his presence there. For a long time I refused to give away his things in case he would need them when he came back.

Once those sounds in my imagination and my magical thinking fell away, my need to keep the hall light on became another one of the things that helped me get through my grief. We left the hall light on for him when he was home. I just couldn’t break that routine.

And while that was all going on my husband Bob and I had a push-me, pull-you interaction about it. Bob had a habit of turning off all the lights before he went to bed. Since he usually went to bed after me, I would wait until he got into bed. Then I’d get up and turn on the hall light again. Sometimes we’d go back and forth on this several times in one night. If he forgot his glass of water he’d get up and turn the light off again. If he needed a certain vitamin from the kitchen cabinet, he’d get up, go into the kitchen to get what he needed, and then go down and turn the light off again on his way back to bed. And, if I fell asleep before him, I’d wake in the middle of the night and go back down to turn the light on once more.

Once in a while I’d ask him to leave it on. If he asked why, I’d give him the lame excuse that I needed a light on to guide me through the house when I left to go to the gym in the dark of the early morning. Sometimes he’d buy that. Most of the time he’d forget and turn off the light.

Gradually though, say in the last two, three years, leaving the hall light on has become less and less important. That I can leave it off night after night means I am healing and that I am over the magical thinking stage of my grieving process.

One of the ways you dealt with your personal tragedy is by writing about it. How did that help you?

Writing has been part of my life since I was in grade school. However, when my son was diagnosed with bipolar disorder and after his suicide I needed to write down my feelings daily. Writing in my journal became an obsession and a balm. It gave me a way to organize my fears, pain, and thoughts. I had used journaling during an earlier stressful period of my life to rant. So I felt that writing would help me again during what turned out to be the most stressful time of my life.

Early on during my son’s illness I read The Artist’s Way by Julia Cameron (Jeremy P. Tarcher/Putnam, 1992), and her suggestion to write morning pages resonated with me. Because I was employed full-time then, my writing didn’t always take place in the morning, but I always finished my three pages before the end of the day.

Right after Paul died I received a gift of Anne Brener’s book, Mourning & Mitzvah —A Guided Journal for Walking the Mourner’s Path Through Grief to Healing (Jewish Lights Publishing, 1993). It was the only self-help book I even opened, and I was compelled to write an answer to every prompt in the book.

Writing was healing because it helped me put my pain on the page. Instead of carrying it with me every moment of the day and night, I found a place where I could have a little relief. There was so much I couldn’t say out loud to anyone. My husband worried I was having a breakdown even if I cried too much. And since there was so much anger and grief in me, I needed a place to put it.  Writing in those days was like repeating a mantra. I just kept moving my pen across the page or my fingers moving on the keyboard. And I wouldn’t let anything get in my way.

Who should read your book?

I’ve included a few testimonials that speak of the benefits better than I could:

“Anyone who wants to learn how to live with children or adults with bipolar disorder, must read this book.”

“I could imagine that this book might be helpful for those dealing with bipolar disease or suicide in the family, but for those of us fortunate enough not to have yet experienced those problems, it also provides a very real look into how good but human people deal with the cruelty of fate.”

“I am still struggling with the passing of my son, Justin, 34 weeks ago and this book offered me hope that my grief can soften and my life can continue on.”

“As the mother of a suicide I can relate to so many of her comments. I hope her book will become a source for others who are attempting to cope with bipolar disorder and what suicide does to the family left behind….”

“I highly recommend this to anyone who is ready to explore their deepest feelings.”

“The book is incredibly moving and has much to teach anyone grieving the loss of a loved one. Or suffering any kind of loss—what she learns along the way can be applied to so much that people go through.”

What advice do you have for families that have been affected by mental illness or suicide?

First, I recommend families find out as much about bipolar disorder as you can—the best doctors, hospitals, medications available, and how to get to them. Also know about suicide prevention. What I didn’t know when our son was diagnosed is that bipolar is a killer disease—especially in young men. Then try to give your loved one with the disease the facts. That way he/she will feel less stigmatized and will be more likely to accept help.

Second, I would want people affected by bipolar disorder and suicide to know that it is possible to survive and be productive after the death of a child. I would advise them to:

1.    Take your time—don’t let anyone tell you that the time for grief should be over

2.    Take good care of your health: workout, eat healthy, get enough rest, meditate, travel, and be open to new friends and new experiences

3.    Pamper yourself: stay in shape physically, get massages, facials, and manicures and pedicures

4.    Pretend you’re feeling better by putting on a smiley face and pretty soon you will feel better (I call it playacting).

5.    Find an artistic outlet and other diversions to take your mind off of it.

Thanks so much for being with us today, Madeline, and sharing with us part of your journey. I wish you much success with your book. 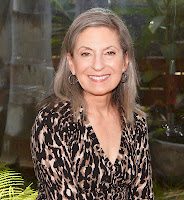 Madeline Sharples is an author, poet, and web journalist who spent most of her professional life as a technical writer and editor, grant writer and proposal manager. Through the tragedy of her son’s mental illness and suicide, she has become a thought-provoking expert on the affects of mental illness and suicide on family members—and, more important, on how to keep the surviving members of your family together and move forward in the aftermath of tragedy.