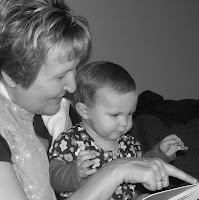 As an adoptee, I have often speculated about whether who we are is influenced more by the environment we grow up in or our genetic makeup.  This week my mental tally of votes for each court received another vote in the genetic makeup category.

I met my birth-sister Wendy when I was about thirty years old.  She came to my home and we spent that first night sitting up all night talking. I couldn’t stop looking at her face that had many similarities to my own.  We learned that we had much in common, and were stunned to learn that we had lived in the same city for a number of years as children, lived just a few blocks apart, and even went to the same school at the same time.  It’s very likely that we could have passed each other in the hall or come across each other on the playground.

Over the years both of our lives have taken unexpected twists and turns – some good, many not so good.  We’ve kept in contact with one another, although sometimes a long time as gone by between phone calls or emails. Every time we connect we immediately pick up where we left off last time though.

As I worked through the last pages of my memoir last weekend, my thoughts turned to my sister and I gave her a call.  We caught up on each other’s lives and had some good laughs.  I hadn’t told her about my book yet because I was waiting until it was in more of a finished state so I could share some pages with her before sending it to anyone else.

You tell me: nature or nurture?