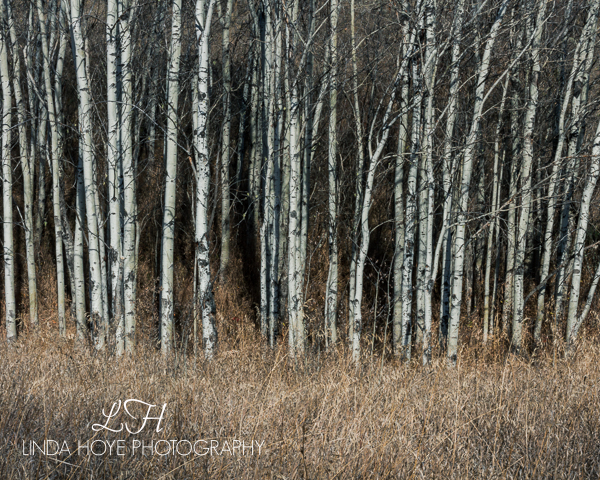 We take a drive because the sun is shining, and it’s too bad that the mountains are in the way of the view, I think it every time. The colours of autumn are gone now, the season’s finery crisp beneath our feet, and messy. It’s stick season.

I hold my camera on my lap, and I’ve brought the photography gloves my team gave me when I retired almost five years ago. The gift was given tongue in cheek because we were moving to, what they thought of as, the frozen north. I play with the tiny magnets in the thumb and index fingers, my eyes scanning in vain for something photo worthy.

We end up, on the way home, driving through growing neighbourhoods of too-big houses in too-small yards. In contrast to the tiny house my grandma raised three children in, the footprint of which was smaller than the attached garages are here, they are behemoths. Compared to the house I grew up in, they are mansions.

They sit empty most weekdays, and are cleaned by someone who comes in every couple of weeks. The people who live here are busy and prosperous and motivated. They are our future.

I wonder how much bigger houses need to be.

We head toward home, and a dog who is waiting for supper. I carry her full dish to the place where she eats and smile as she dances, licking her chops in as if what I’m serving is the most delicious thing in the world, instead of the same thing she’s been served every night for a decade.

I stand in front of canning shelves, and rummage in the freezer. I tell Maya (who wolfed down her own meal in record time) that “I don’t want to make dinner”. But I pull roasted tomatoes, green peppers, onions, basil, and garlic from the freezer and start making a sauce. I toss in some dried oregano that I snipped from the pot in the front yard a few months ago.

Gerry’s nose leads him upstairs, from where he’s been at his computer scheduling a hike, and he leans over the pot and wraps an arm around my waist: “It sure smells good in here.”

And I stir, and I cook, and there is no Sunday night feeling, just gratitude in this simple season of sticks.