“Resilience is accepting your new reality, even if it’s less good than the one you had before. You can fight it, you can do nothing but scream about what you’ve lost, or you can accept that and try to put together something that’s good.”
~ Elizabeth Edwards 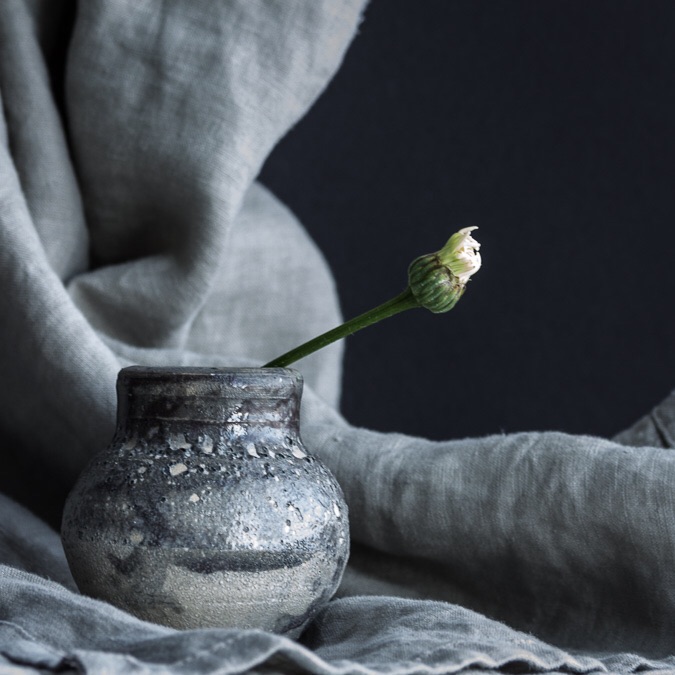 Yesterday I was working in my office and happened to glance out the window. There in a clump of greenery, long since past its prime of summer, was a budding daisy. At this time of year when other, more exotic, flowers are dying this daisy seemed to be defying the fact that the season is changing and that snow will soon blanket the ground, choosing instead to put whatever energy it had left into forming a bud.

The daisies of the variety in my yard are lovely in June when they first burst forth and they linger for many weeks.. There is nothing pretentious about them, nothing fancy or ostentatious, they are beautiful in their simplicity. In time they wane, the petals wither and drop, and what remains is a clump of greenery that will appear to die in the winter only to return strong and full of promise in early spring.

Now it’s October so I was surprised at the appearance of a lone bud amidst the greenery even though it wasn’t the first one I’ve spied recently. A couple of weeks ago there was another that disappeared overnight, a late night snack for a visiting deer I surmised.

Yesterday, not wanting to miss out on this one, I grabbed my scissors. Feeling somewhat guilty as I clipped the stem, I justified my actions by telling myself frost would soon do it in anyway. Back in my office I snapped a few photographs, struck with how fragile it looked from a distance but how, upon closer examination, it appeared strong and solid.

When I was finished I set the stem in water hoping to preserve it for a few days–maybe even coerce it to bloom. 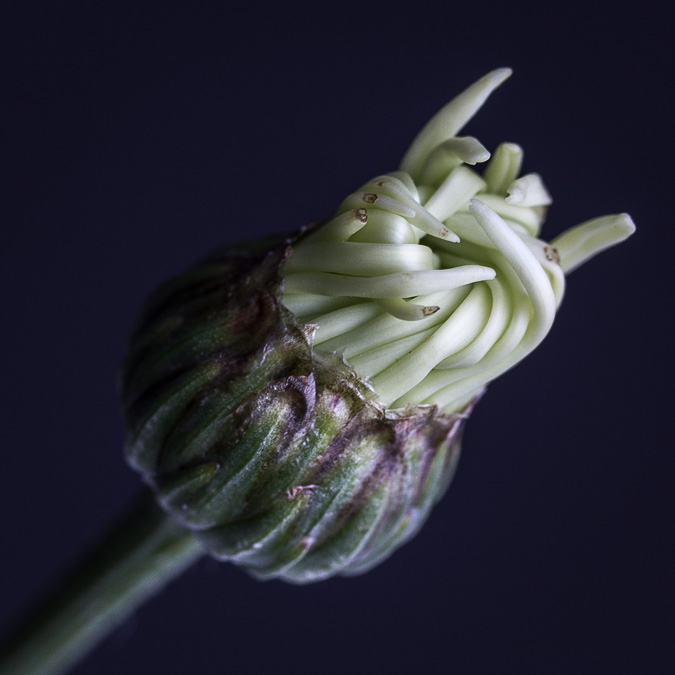 The daisy: resilient enough to put forth a bud in October when other flowers are giving up; a stem that’s lithe and flexible; a blossom that’s simple yet sturdy and strong. Characteristics worth noting and even cultivating in myself.

I was reminded that there is much to learn by being still, observing, and reflecting. It’s one of the great gifts of this season of my life.