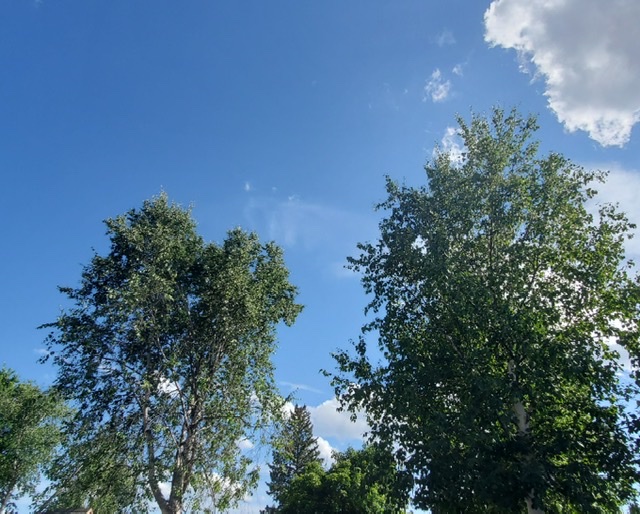 It’s the morning after opening night of Shakespeare’s The Tempest in which Makiya played Sebastian. I’m tired, and more than a little uncomfortable after a restless night and a flare up of a health issue. She’s tired too, after weeks of rehearsals and now, long days, culminating with a performance, but when Laurinda heads off to work we settle in for a granddaughter-grandmother visit.

It’s a rich and priceless time, when it’s just the two of us. Conversation meanders, intimacies are shared, and our bond is strengthened. She drops some of the tween facade she feels compelled to wear, and I bask in the wonder of this growing young woman who captured my heart the moment I saw her, already wide-eyed and curious, moments after she was born.

Hours pass gently, full of nothing but “us”, and too soon it’s time for me to leave. She has to get ready for another full day, her mama will be home before long to deliver her to the theatre, and I’ve got hours of driving ahead of me.

We stroll out to my car arm in arm, I toss my water bottle and purse on the passenger seat and push the door shut. I wrap both arms around her, and she does the same. “Grandma is the only person who is allowed to hug me,” she declared in a moment of independence a month or so ago. I’ll take it. As often and for as long as I can.

And finally I pull myself away.

“Good luck with your performance tonight,” I tell her. “Break a leg!”

“Text me when you get home,” she says.

Six words that are not extraordinary yet fat with other things beneath the surface.

“I’m growing up”, “time is shifting”, and “I’ve seen some of the danger in the world and I want to know that you’re safe.”

Once, a lifetime ago when I left my parent’s home the words it was “phone me when you get home.” Young, and somewhat contrary in my wrestling for independence, I’d pick up the phone and make the call begrudgingly. I’m home. I’m safe. With my children, it became text messages.  Progress reports long the way. One word. Clinton. Quesnel. And finally, Home. 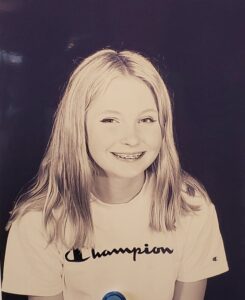 But this one, this girl of my heart, while she’s been the deliverer of such progress reports, texting from the passenger seat while her mama is driving, has never been in the position of bidding farewell by herself, but, still, she knows how. Maybe it’s a combination of politeness and growing-up-ness, but it’s still wrapped in a blanket of care.

On the drive up the day prior I was contemplating the many ways the world is groaning and how I’m weary—so, so weary. I was thinking about how, just when it seemed like the COVID mess was starting to fade, the summer of forest fires began, and how I haven’t regained whatever energy and enthusiasm I had before 2020 sucked it out of me. Now, I’m getting ready to leave the clear, clean air and blue skies of Prince George for the thick-with-smoke-and-ash-falling skies of Kamloops and I’ll be forced to spend most of my time indoors again to wrestle with dark things.

The world—and my life—has shifted and it is shifting. I think that’s how it’s supposed to be, in a sense. I could, for sure, do without much of what we’ve just come through and the kicking and pushing as we try find our way to the light at the end, but there are transitions I treasure too.

Like my granddaughter asking me to send her a text when I get home.

Watching her turn and walk toward her house as I buckle my seatbelt.

Her life flashing before my eyes, and awe at the gift of watching her become.