We’re not going back. What was is no longer and won’t be again. It’s difficult to wrap one’s mind around it—at least it has been for me—but I’m there now. The sense of being trapped on a rollercoaster I didn’t choose to ride, careening on a course into the unknown, is more real today than ever. It’s not about what we thought it was about. Lines have been crossed. Words have been said. We’ve left the station and we’re not going back.

But one morning I stand at the kitchen window transfixed by the crescent moon in the sky and think of things that haven’t changed. Things I know in my deepest place and see in the sky and sprigs of chamomile and lavender growing in the Aerogarden on my kitchen counter. Creation whispers. The Divine speaks.

I brew tea and offer prayer. Dip my toe in world events and lift it out again. I play another game of Bananagrams with my daughter and chess with my husband. Cook and serve another meal. Set out four piles of vitamins on the kitchen counter. Take the dogs outside. Share a laugh with my granddaughter. Think about next year’s garden.

I look at the moon in all its different and glory-giving phases.

Everything has changed except that which is most important.

In the spirit of living with gratitude, here’s my list of this week’s Friday’s Fave Five.

Coffee and conversation with kindreds in coffee shops and living rooms. Friends with whom to laugh and talk about the hard stuff. We don’t agree on everything but we agree on the important things. They are priceless.

Float therapy. Once a month or so, I indulge myself with 90 solitary minutes in a sensory deprivation float tank. This was my week, and I’m still riding the wave of post-float glow. 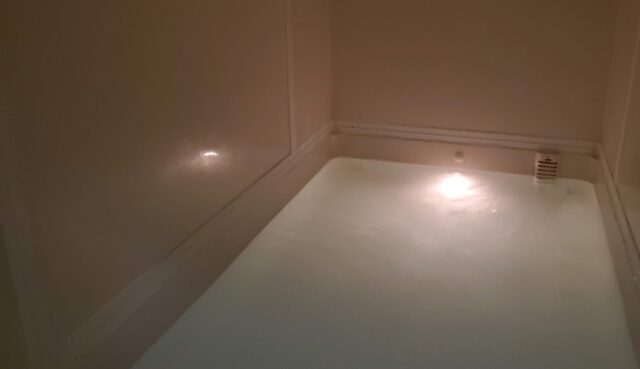 A daughter who cooks, a husband who picks up takeout, and leftovers. It’s such a treat when I don’t have to think about what to make for supper.

Lindor milk chocolate truffles. Gerry keeps a not-so-secret stash and, as he’s sidelined from hiking this week, has doles out treats at random moments throughout the day.

Playing game after game of Bananagrams with my daughter. I lose most of them, but it matters not.

That’s a wrap for another week in the world of After. Stay strong, hold on, love well, and keep your eyes open for the mystery my friends. It’s there. I promise.