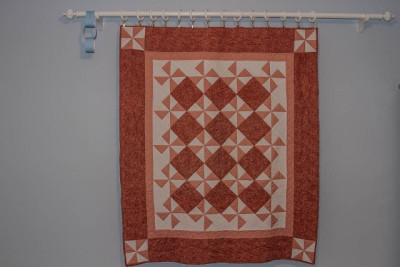 Last weekend was a big deal. It was the culmination of eighteen months plus worth of work by an amazing cross-functional team of people who worked around the clock to upgrade the payroll/HR/benefits system at the company where I work.

In the almost twenty-five years I’ve worked for this corporation I’ve been involved in my fair share of big projects. I know what it’s like to work harder and longer than you think you’re even capable of at times. I know what it’s like on “go live weekend” when it all comes together and the adrenaline is pumping. I know how it feels when it all comes together, and that sense of accomplishment makes it all worthwhile, and you feel like raising your fist and shouting “yes!”, and you walk on air as you leave the office too exhilarated to sleep but too exhausted to do anything but go home and rest.

Last weekend was, as I mentioned, a very big deal and it was a very big deal that I observed, for the most part, on the periphery. That’s a very different vantage point for me. I monitored my email on my smart phone watching the status emails proclaiming that the team was ahead of schedule. I called in for check-in conference calls to get an update on the progress through the multi-page checklist of tasks, none of which had my name next to them.

And I was jealous.

All weekend, I was envious of the hard-working group who were running on adrenaline (and not an insignificant amount of specially brought in food and beverages to fuel the effort) and getting ‘er done.  On Sunday morning I went to the office to do few things in the new system that was then unofficially up and running and I celebrated with my bleary-eyed team mates and congratulated them on a job well done and it felt oh-so-bittersweet.

I was, in the beginning, part of this project team. Then circumstances changed and as we looked at the project work on the horizon, and the day-to-day work that wasn’t going away, it became apparent that we couldn’t all be all in on this one. My team had to be able to set things aside to focus on the project and someone had to take on the rest of the work for the duration in order for that to happen. We came to consensus that I step aside from the project and take on work so my team could be all in on the project. They were, after all, the ones who would be living with the new system post go-live long after I retire.

So over the past eighteen months or so I’ve missed out on some of the fun stuff, some of the hard and frustrating stuff too. Last weekend, I wasn’t one of the sleep-deprived ones doing the work and on Sunday night when victory was declared and the project manager sent an email saying he heard “We Are The Champions” playing in the background I felt a tug in my heart.  I realized that, not only did I not get the “we did it!” high associated with bringing a big project home, I’ll probably never get to experience it in that way again.

Funny, isn’t it? I’m eagerly anticipating my retirement transition and moving into my next phase but I also realize that in letting go of corporate life I’m letting go of some significant personal satisfaction I’ve received over the years. Food for thought as I contemplate the next phase.

One Month Left On The Retirement Countdown Chain