For the past few years I’ve worked a flex schedule that allows me to take every second Friday off. I hold those days sacred, “protect the flex” becomes my mantra when I look around at the work on my plate and wonder if I can afford a day away from the office. I know, having lost loved ones much too early, that life is fleeting and I want to make the most of the time I have been gifted with.

I spend my flex Fridays in solitude mostly, gardening, canning or otherwise preserving food, writing, reading, and most recently practicing what I’m learning about the art and craft of photography.

Last Friday morning I grabbed my wallet, phone, and camera bag and headed out by myself to take pictures. I had a couple of destinations in mind, but settled on a quiet park that Gerry and I had been to once on a sunny-but-cool afternoon earlier this spring. I guessed that by now it would be filled with flowers and plants that would make good subjects to take pictures of. 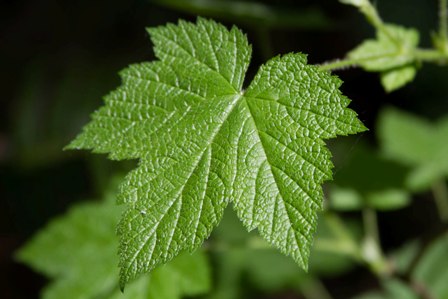 I wasn’t blessed with an innate sense of direction, so it was testimony to my sense of adventure that I headed out without either a map, or the address of the park I couldn’t remember the name of programmed into my navigation system, but the sun was shining, I had a general sense of where I was going, and that was enough.

It didn’t take long for me to get lost.

I drove up one road that seemed familiar and ended up at a dead end. I drove back, made a different turn, and ended up in an isolated residential area where I drew curious glances from a woman doing yard work who was likely not used to unfamiliar vehicles on the quiet street. I drove far enough to get just out of her line of sight and pulled over to the side of the rood where, thanks to the combined magic of Google and my smart phone, I found the name of the park and programmed it into the navigation app on my phone.

Unfortunately, not only am I navigationally challenged, I also struggle with programming the navigator app on my phone so, even though according to the map I was just eight minutes away from the park, it was over half an hour before I finally found it.

I found it. That’s all that matters. 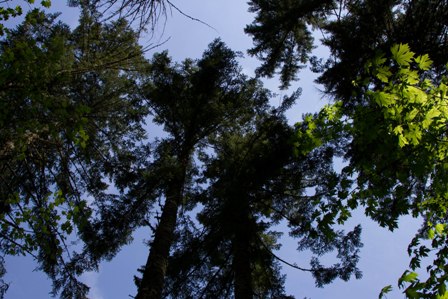 I was surprised when I arrived to find cars parked everywhere. I had assumed it would be nearly empty the way it had been the first time I was there, but on this sunny May morning there was a plant sale going on. This might be fun, I thought, I might even do a bit of shopping while I’m here, so I strapped on my camera, threw my bag over my shoulder, grabbed my tripod, and headed out to explore.

I took my time, meandering on the paths leading toward where the people were congregated, taking photographs of Rhodys in bloom, feeling the peace that being in nature brings settle over me, as I made my way toward the plant sale. 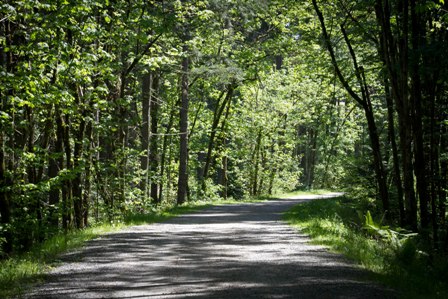 “You’ve got your camera with you,” one especially-astute young woman at a booth selling lilac bushes remarked as I walked past her. Nothing escapes you does it, I was tempted to reply but instead I smiled and said what a beautiful day it was to take photographs.

Maybe it was my irritation over lilac-woman’s comment, or my disappointment at finding the park filled with people when I had expected to find solitude, but I felt impatient as I wandered past booths selling wind chimes and tables covered with plants. I couldn’t still myself enough to appreciate the venue, I was wasting my time, so I breezed through the area and headed out on the secluded pathways away from the crowd.

It was quiet outside of the fenced area where the sale was going on. I could almost forget that there were people nearby as I padded along pathways getting farther and farther away from the people, looking for interesting things to photograph, as the sun warmed my shoulders.

I sat down on the ground to get close-ups of little blue and white blossoms and suppressed a groan when I struggled to my feet. I photographed tall moss-covered pine trees, taking time to adjust the exposure compensation dial on my camera stop-by-stop, the way we had been taught at photography class a few days earlier. I looked up and took pictures of the sky framed by tall trees having a sense of my own smallness. I experimented with taking pictures of a covered bench from various angles as I made up stories in my mind about people who once sat there. 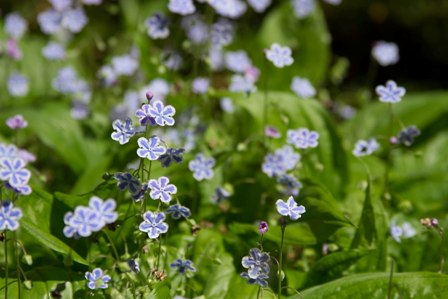 I must have spent an hour at the park, walking, observing, smelling, touching, taking photos, thinking about nothing in particular, just being there in that moment, and by the time I left I was at peace and grounded.

Once upon a time, in another lifetime, I would have felt compelled to be productive on a day off of work. I would have taken advantage of the time clean my house, do the weekly grocery shopping, run errands, and otherwise fill my time with “must do” and “should do” activities.

These days I apologetically take a day for myself whenever I can. I’ve learned that I need solitude to recharge; without it I become grumpy and ineffective. This time of year I find myself, again, with vacation days that must be used before the end of June or be lost forever, so I’ll be blessed to have extra days off in the coming weeks. I can think of few things as tragic as voluntarily forfeiting days that could be filled with whatever I want them to be filled with.

This post is part of a longer piece I wrote for my writing group in response to a writing prompt taken from The Heart and Craft of Lifestory Writing by Sharon Lippincott. I pose the same question to you: when was the last time you took time away from your obligations, just for yourself? 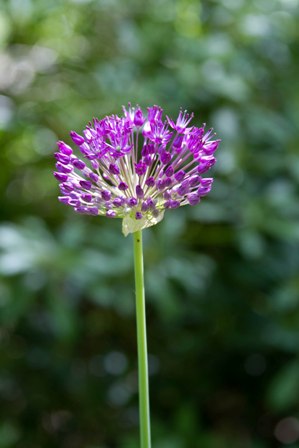