In March of 2010 we were in Saskatchewan to look at a farm we were considering purchasing for our retirement about an hour and a half north-east from Benson. We took a slight detour on our way back home from the farm to stop by the tiny house in Benson. 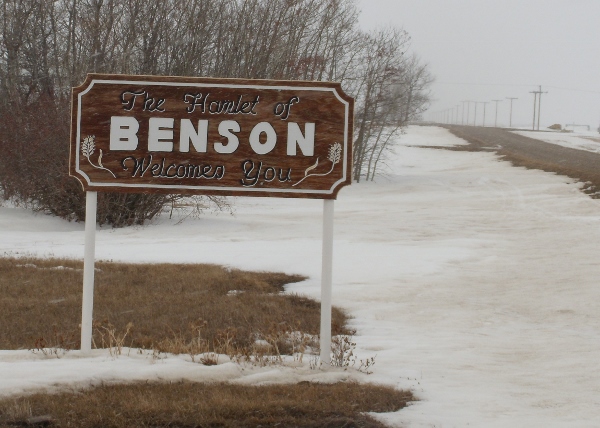 It was snowing lightly when we pulled up and stopped in front of Grandma’s house. It looked the same as it had in the photographs we had received from the current owner a few months earlier; and I couldn’t wait to get a closer look as I stepped carefully through the snow toward a door that wasn’t there before. 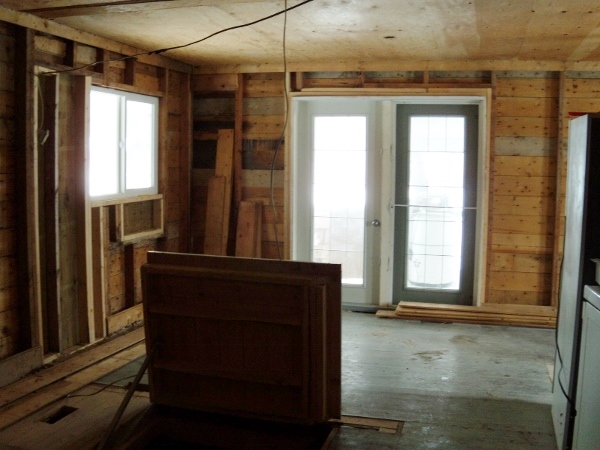 I boldly pushed open the unsecured door and stepped into the tiny house. It had been gutted completely. In my mind’s eye I could still picture the original rooms: grandma’s bedroom, the kitchen, and living room–but no interior walls remained. The stairway to the attic where my sister and I had dug through old trunks and boxes a few years earlier was gone. A trap door covered the steps leading to the dirt-floored basement. 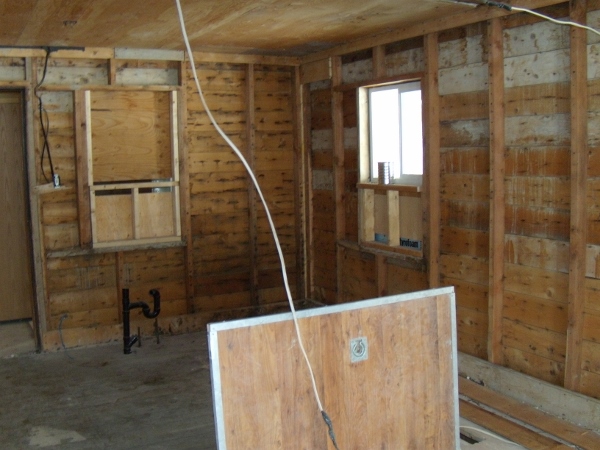 With the walls gone it was even more apparent just how small the tiny house was. It seemed to me that the entire house could fit into the bedroom I now shared with my husband. To think that Grandma raised three children in this small space was hard for me to wrap my mind around. The ghosts of my grandma, my mom, aunt, and uncle were in every dusty corner. 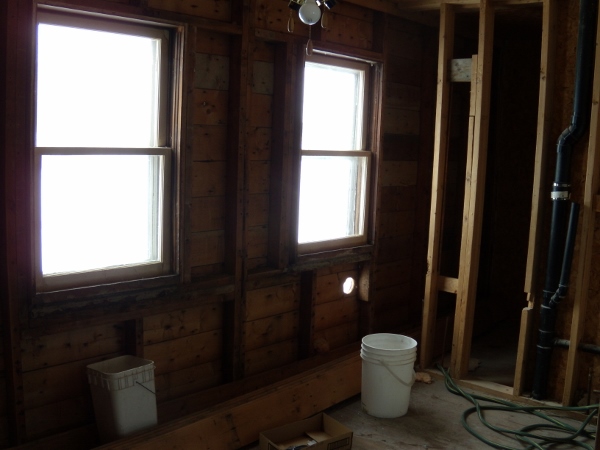 I walked around back of the house and looked around the yard at the same outbuildings that have been there for as long as I have been alive. Save for the fact that the interior of the house was gutted, and that a set of french doors had been installed off of what once was the living room, the place itself wasn’t all that much different from the house of my childhood. 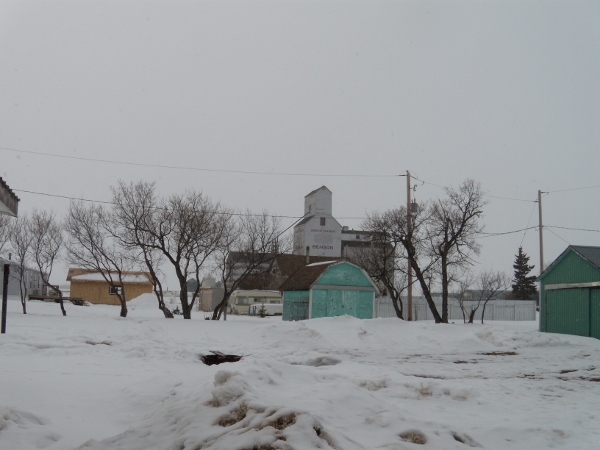 Despite the fact that the tiny house was am empty shadow of what it had once been, as I stood in the snowy yard drinking in the ambiance I felt at home–trespassing, yes–but strangely at home in my mind.

Later, as we drove away, the oil wells that dotted the fields everywhere nodded, bidding us farewell for now. 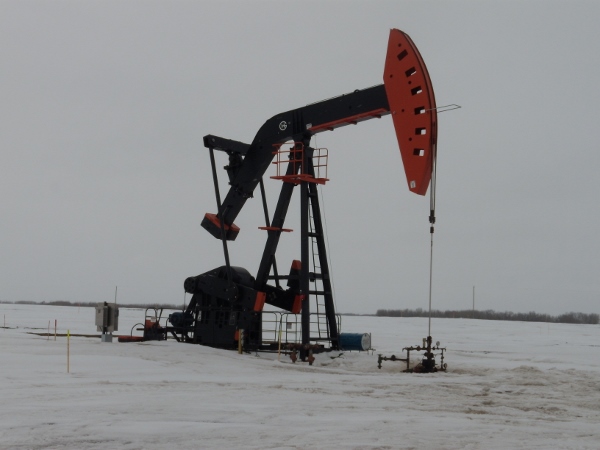