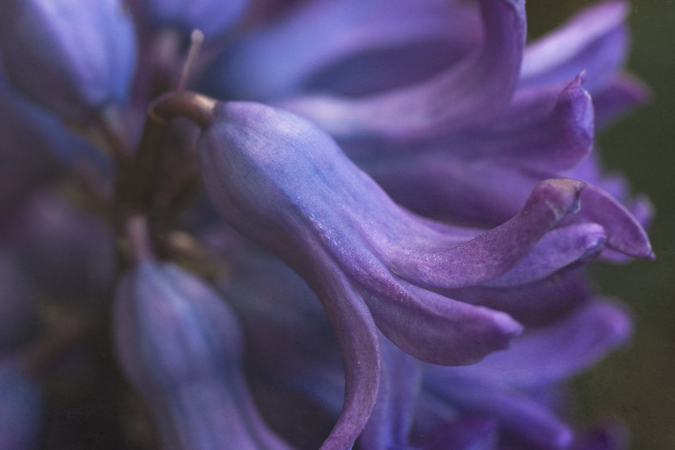 We’re enjoying an episode of a favourite medical series on TV when movement outside our front window catches my eye. It takes a second for me to register what it is.

I’m kind of thrilled at first. Deer are not uncommon around here, but to have one so close is kind of special.

”He’s eating your tulips,” Gerry jumps to his feet and moves toward the front door.

Of course. It’s salad season for deer. I gave up on tulips after they were consistently chewed on and pulled out by the deer but there are still a few odd bulbs bursting forth amongst the yellow daffodils that the deer don’t bother with. The hyacinths are in full aromatic bloom too, but I’m given to understand that the deer won’t bother with them. It’s the tulips that don’t stand a chance.

Gerry opens the front door, startling the deer who hightails it out of our yard. He stops and stands defiant on the street, his eyes fixed on my husband. How dare you? his steely gaze says. You can’t stop me. He’s right, of course.

We were talking earlier about the cedars in the back yard that Gerry wrapped with netting in the fall.

”I should be able to remove the netting next week,” my husband said. “There’s enough green coming up now for the deer that they shouldn’t bother with them.”

Yeah, green shoots in the forest and salad tulips that suckers like me keep planting. Why should the deer bother with the common cedars when tender spring greens are readily available in the neighbourhood?

Anyway, the deer prongs over to a neighbour’s yard, his appearance startling the woman who is working in her office. She comes outside and the poor deer makes tracks from her yard back in the general direction of ours, where he casts a hungry glance at my flower bed.

Gerry claps his hands and encourages the deer to move along. He does so, slowly and stubbornly, and I have the distinct impression that he’s channeling Arnold Schwarzenegger as he steps down the street. I’ll be back.