The simplest toy, one which even the youngest child can operate, is called a grandparent. 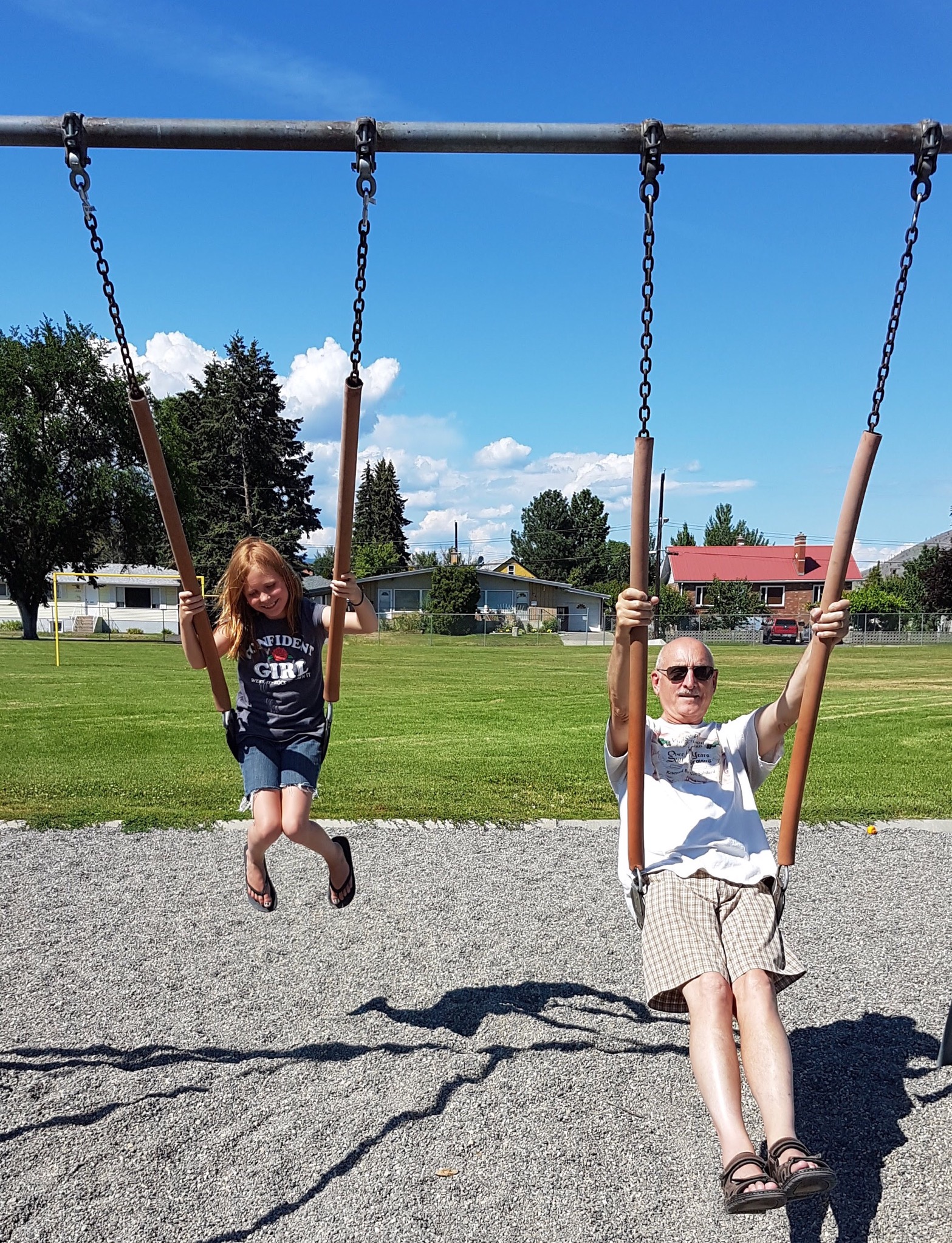 The not-so-lazy days of summer carry on, heading back toward another run of typical Kamloops hot days. For now, the doors and windows remain open and the AC stays off. That will soon change.

We are feasting on summer’s tasty treats—blueberries and cherries at the moment. I spend a couple of hours in the morning—while Grandpa and Makiya are cooking up something of their own downstairs—putting berries in the dehydrator, pitting cherries and putting trays in the freezer, and making blueberry cobbler.

After a light lunch, accompanied by a game of Yahtzee, I take Ladybug Girl to see my hairstylist (who has, over the years, become her favourite stylist) where she gets a trim and three temporary titanium-coloured streaks. Then, with her mama’s permission, we head to the mall to get her ears pierced.

We pause to pray together before going in to the mall. She is so brave when her birthstone garnet studs are put in. Grandma’s heart melts when her eyes well up with a few silent tears.

She can’t wait to show off her hair and ears to Grandpa, and to Skype with her mama, when we get home. It’s Grandpa’s night to cook, so he heads down the hill to pick up a chicken Alfredo pizza while Grandma takes a quiet moment to watch the weather forecast on the local news.

After supper, and another game of Yahtzee, I’m summoned downstairs to walk through the haunted mansion Makiya and Grandpa spent the morning working on. I’m suitably shaken and in need of blueberry cobbler to calm myself after the tour.

We settle in on the couch with bowls of cobbler and ice cream and watch a couple of episodes of an unlikely Netflix show where Carol Burnett is interviewing kids Art Linkletter style. Grandma can’t keep her eyes open; Grandpa struggles too. We give up, head downstairs, and tuck Ladybug Girl into bed. She pulls a new chapter book from the shelf (new, as in it was mine about fifty years ago) and we read a couple of chapters.

Another day is done here at Camp G and G.