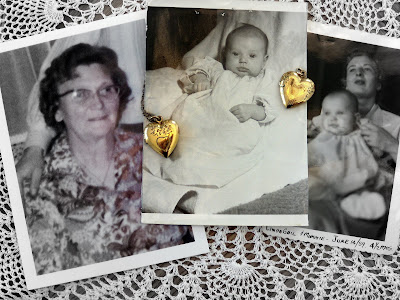 Yesterday, I read something that I have waited for fifty years to read. I read my adoption file.

I read detailed descriptions of myself as a baby and learned that I spent the first four months of my life in a foster home, with the exception of one month when I was hospitalized for medical tests.
I learned that I was taken into the custody of Social Services when I was one week old. The notes indicate that “Mother is quite disturbed in separation from child.” Those words, perhaps more than any other in the file, touched me as I learned that she really did care about me.

I read a transcript of when my birth-mother went before the court (as was the custom then) to surrender her rights to me. I learned that I was in that courtroom at the time. When asked if she intended to keep me, she replied “I would like to but I can’t“. When asked why she felt that she was not able to look after me she responded “because I would rather she had two parents instead of one” and “it’s not what I want, it’s what’s best for her“.

Case notes taken on the day that I was placed for probationary adoption indicate that “The baby looked very lovely in a little blue dress and was the picture of healthy contented baby. Her new parents were very pleased with her. The placement was comfortable and relaxed.” The notes go on to say that “The foster mother is to be commended on the job she has done with this baby“.

Today I realize how very blessed I have been. The anger I once had toward my birth-mother has vanished and has been replaced with gratitude and compassion. As I read notes about my adoptive mom, my REAL mom, I imagined how the twenty-nine year old woman must have felt to receive such precious gift. Of course I had been told stories, but there is something different about reading it in an impartial case file. Finally, I am thankful for the unnamed foster mother who took such good care of me in the first months of my life.

When Mom and Dad married he gave her a gold locket. She gave me that locket when I was a teenager and I’ve always treasured it. A few years ago, circumstances were such that I came into possession of a trunk that contained things that had belonged to my birth-mother. In that trunk was an almost identical locket. I told my husband that he would know that I was healed from the past when I was able to wear that locket.

Tomorrow I am going shopping for a chain that will hold both lockets together.