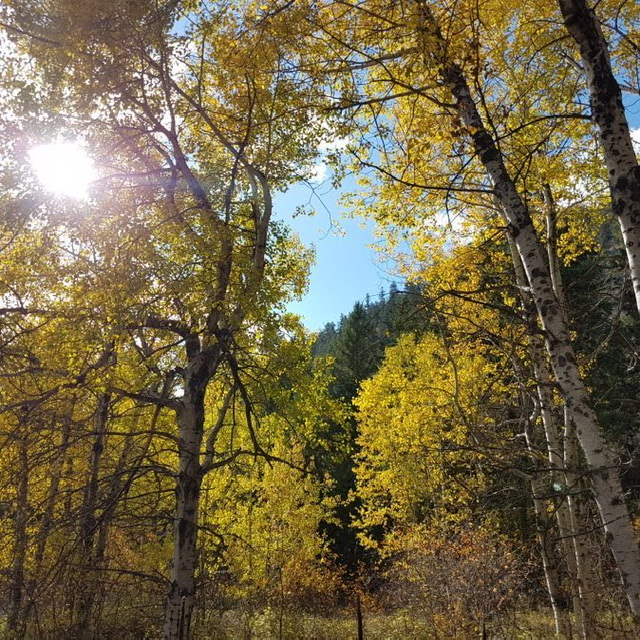 A long and lovely drive along country roads refreshes. Leaves are just barely hinting they’re soon to don their autumn cloaks. We drive past farms and fields and imagine how peaceful it would be to live out here. Gerry reminisces about driving this road with his dad when he first got his learner driver’s license.

We have enjoyed a beautiful afternoon walking along a boardwalk, chatting with people who were smitten with our tiny pocket dog wondering if he was full grown, and just enjoying one another’s company. Grandfather, Grandmother, Granddaughter, Maya, and Murphy. We make a grand team.

After our walk, we stopped at a candy store and loaded up with a ridiculous amount of fudge. Now we’re taking the slow way back home favouring country roads over highways. It’s a good choice. We arrive home, weary but rested at the same time. Seems strange, but it’s true. A simple choice, like which road to take, made a world of difference.

The Road Not Taken
by Robert Frost

Two roads diverged in a yellow wood,
And sorry I could not travel both
And be one traveler, long I stood
And looked down one as far as I could
To where it bent in the undergrowth;

Then took the other, as just as fair,
And having perhaps the better claim,
Because it was grassy and wanted wear;
Though as for that the passing there
Had worn them really about the same,

And both that morning equally lay
In leaves no step had trodden black.
Oh, I kept the first for another day!
Yet knowing how way leads on to way,
I doubted if I should ever come back.

I shall be telling this with a sigh
Somewhere ages and ages hence:
Two roads diverged in a wood, and I—
I took the one less traveled by,
And that has made all the difference