If you ask my granddaughter about fast food she will tell you that she doesn’t eat it and that she eats slow food instead. Her mommy is doing an excellent job of educating her on the merits of healthy eating.

I’ve pondered the concept of slow food often recently as I’ve stood at my kitchen sink washing produce I’ve brought in from my garden. It takes time to tend a garden, harvest its bounty, wash it, and prepare a meal from it. These times of cleaning vegetables and preparing a meal have afforded me time to slow down, reflect, pray for loved ones, and savour every moment. I’ve felt blessed.

I’ve been busy canning in recent weeks (and not writing as evidenced by my absence from this blog!). The shelf in our storage room is filling up with jar after jar of fruit, vegetables, soups and sauces that will feed us for many months to come. I’ve found great fulfillment in preserving this year’s harvest by canning, freezing, and dehydrating.

Today, I finally had enough tomatoes from the garden to make a big pot of soup that I subsequently canned in pint jars and to be tucked away for another day. This soup illustrates well the concept of slow food since I started these tomatoes from seed back in late March–too early really for this gardening climate but the itch to get growing was too much for me to resist any longer. 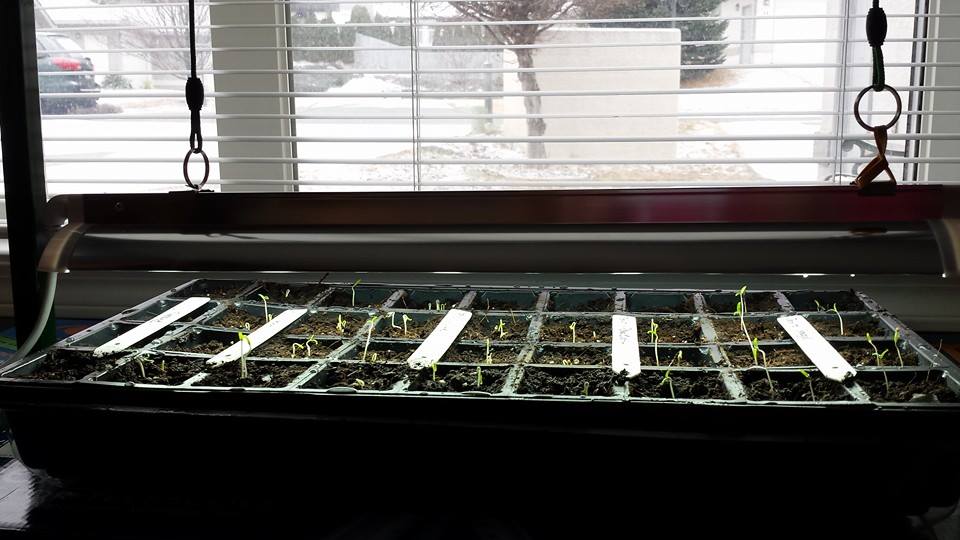 I tended thirty seedlings, watched them grow, and repotted them when necessary. 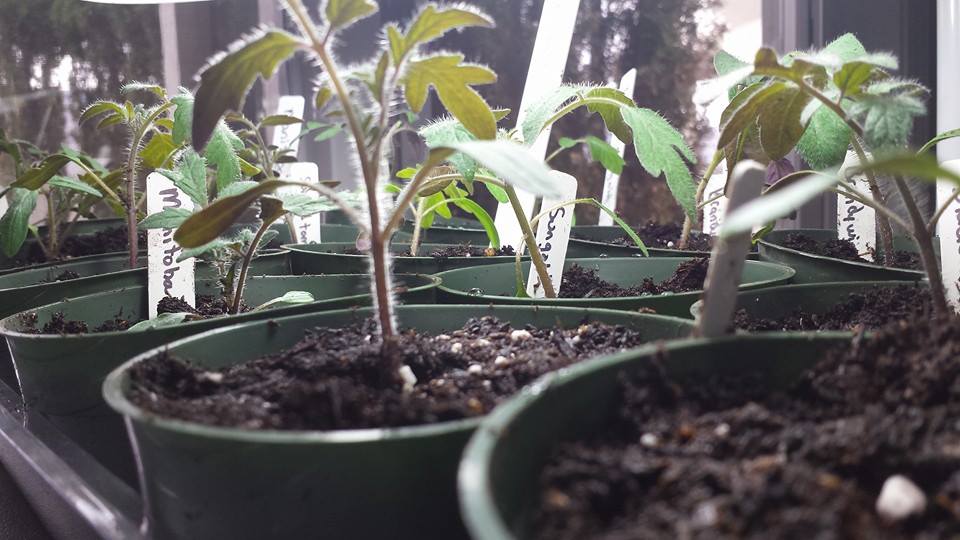 I gifted a few friends and family members with plants and the rest found a home in my garden. 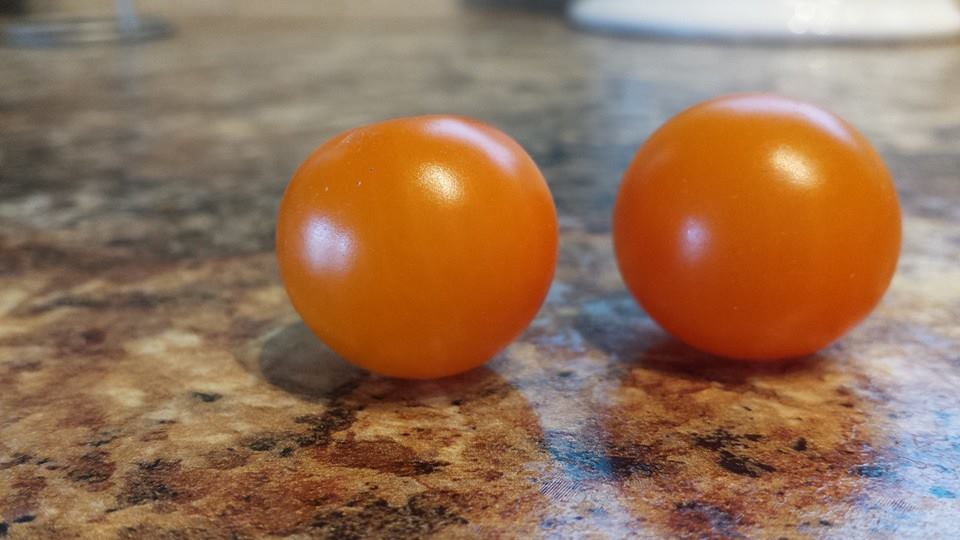 In early July I savoured the first taste of a sun-warmed and freshly picked Sungold tomato. 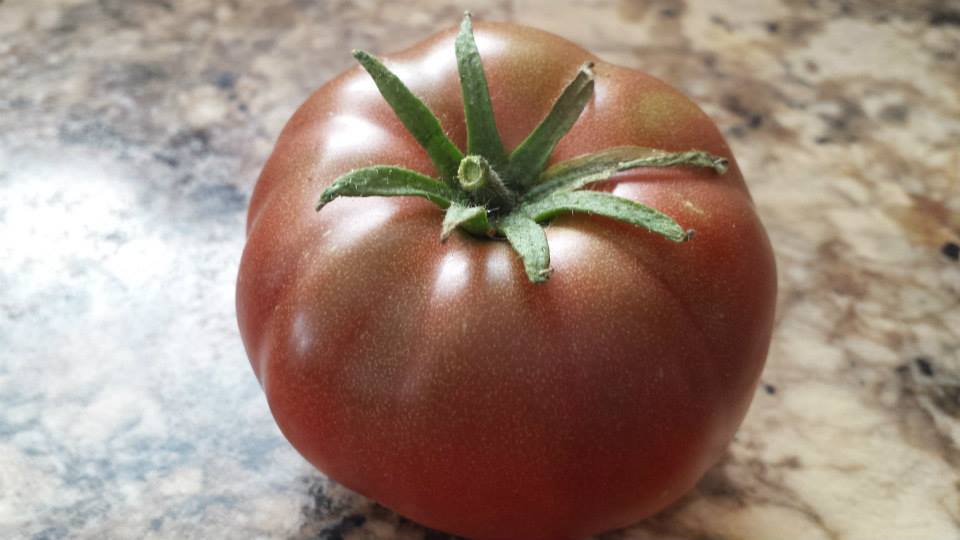 A few weeks later I rejoiced when the first bright red Black Krim ripened enough to be plucked from the vine. 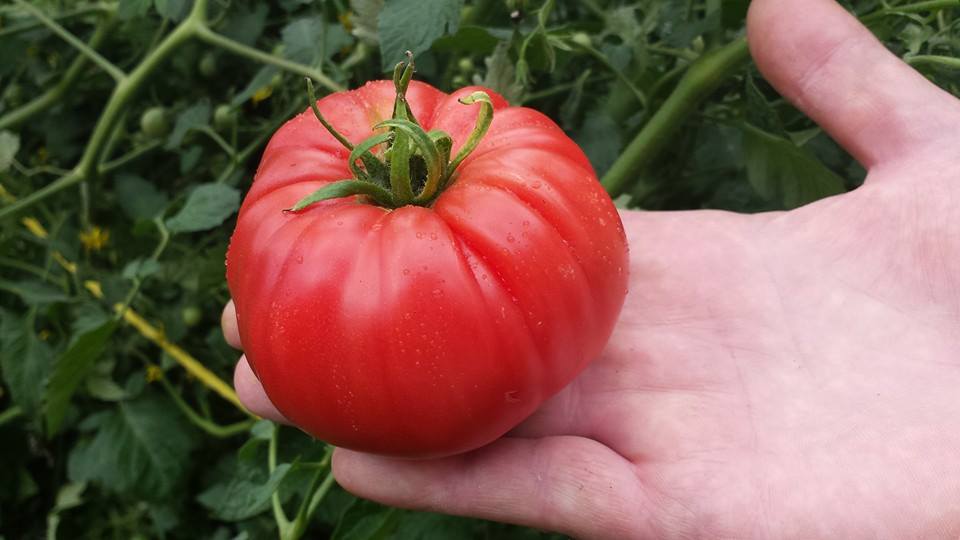 I became almost giddy when the first big bright red Brandywine was ready.

For the past couple of weeks we’ve been eating tomatoes on sandwiches, in salads, and all by themselves. I’ve combined them with peppers and basil from the garden and made sauces for pasta. It’s tomato season to be sure. 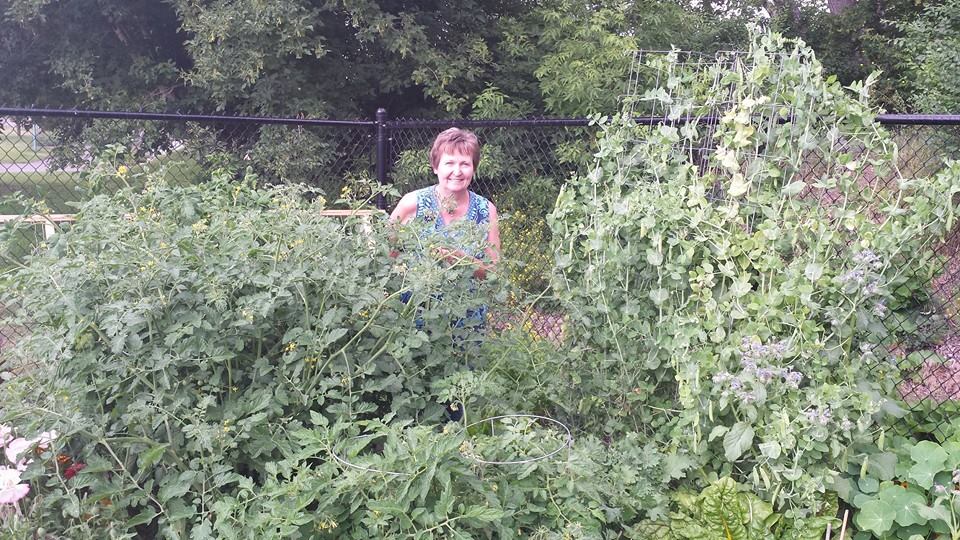 This morning, as I assembled the ingredients for the vegetable soup I couldn’t help but think that the soup was really five months in the making if one counts back to the first tiny tomato seeds that I planted–slow food to be sure! 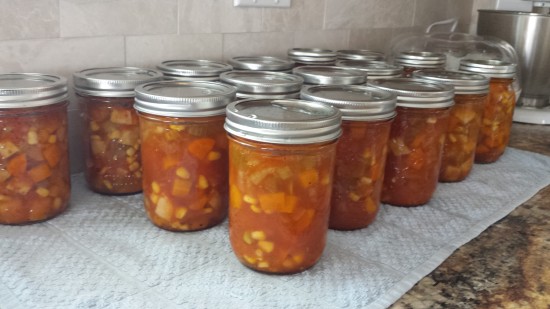 I was chopping vegetables this morning when I got a phone call from the local green grocer letting me know that the pickling cucumbers had arrived. Oh my! It’s going to be a busy couple of days. I joked to Gerry that I’m working harder these days than I did before I retired.

Ah, but this work fulfills like the former never did.