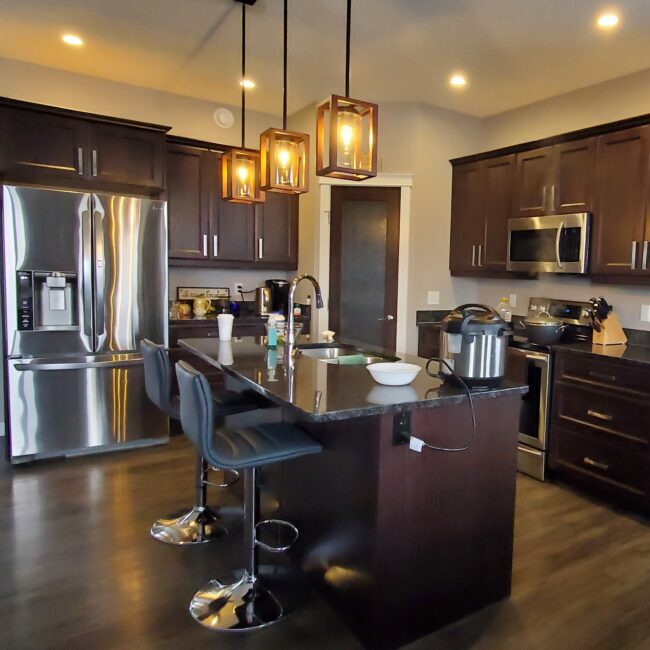 It’s a lovely way to spend a gray afternoon in mid-January.

Having spent part of the morning menu planning, I head for a leisurely trip to the grocery store to pick up a few things. It’s the first time I’ve gone alone since we moved, so I take the opportunity to go slow and browse—but this isn’t the good part.  Meeting my daughter there is where it starts to get good. We walk a few aisles together chatting about this-and-that and decide to go for coffee after we check out. She has an appointment downtown so we don’t have much time, but what we have is enough.

She tells me that Makiya’s after-school basketball game is at King George School—the elementary school I attended. My granddaughter is nervous and respectfully requested grandparents not attend this, her first, game. I’ll honour her request, but, man, I wish I could go. (The school didn’t have a gym when I went there. It did have separate entrances for boys and girls, but that’s a story for another day.)

Later, back home, I putter in the kitchen chopping veggies and assembling a simple casserole for tonight’s supper; boiling eggs, and making deviled egg for sandwiches for tomorrow’s lunch. (I forgot to buy bread so I’ll have to run out in the morning and get some).  Tchaikovsky’s Swan Lake plays in the background, adding a sweet and peaceful ambiance to the afternoon. I love quiet times like this when I’m working in the kitchen, not feeling hurried, and instead being present in the process.

I clean as I go, so with egg salad in the fridge waiting to become sandwiches, the casserole assembled, and on the counter waiting to be tucked in the oven, I’m left with a tidy kitchen and supper basically a done deal.

Gerry wanders in—and wanders back out, after having a shot of mullein tincture and a glass of Canada Dry. He’s under the weather and heads back to bed to rest. Maya is underfoot letting me know it’s time for her supper. It’s actually early, but I mix up a dish of food for her anyway.

The day’s work done, I sit down to tap out words on the piece I’m working on for Saturday’s writing group feeling absolutely content. It’s been a good day. It’s a good life.